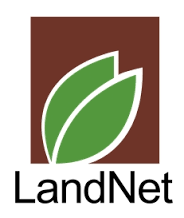 Officially formed in April 2013, The Forest Peoples Land Rights Network (LandNet) is a ‘member network established under the principles of volunteerism, democracy, cooperation and unification in order to manage and utilize efficiently land and forestry resources for self-sustaining livelihoods’. LandNet is a highly participatory bottom-up network originating from  the grassroots work facilitated by CIRUM and its Alliance partners over the last two decades.

It’s focus is lobbying and advocacy for the the land rights of the (mainly) ethnic minority peoples living in forest and forest margin areas of upland Vietnam and Laos. LandNet is governed by a Members Congress, with decisions and programmes approved by its forest people members and an elected Representative Board. Differing from most other networks which have NGOs at the centre of decision making, LandNet has its foundations at the grassroots, and it is from this level that the network’s objectives and direction are decided. Network members are not passive, but are the core driving force for lobby and advocacy. Not only is it their message that is broadcast to decision making levels, they themselves advocate on their own behalf. LandNet members are very representative of stakeholders, including commune and district leaders, key farmers, women, NGOs, technical experts and retired officials.

LandNet has appointed a facilitating group of NGOs, the ‘Secretariat’, made up of the Alliance and the Centre for Indigenous Research and Development (CIRD). This group has the responsibility for fund raising, reporting, and organizing various programmes such as training, planning and evaluation workshops and tours.  CIRUM also acts as the legal entity responsible for accounting and administrative matters.

LandNet members agreed that their network would have the following objectives guiding its activities over the medium term, from the present time until the end of 2016.

The LandNet  is a member network established under the principles of volunteerism, democracy, cooperation and unification in order to manage and utilize efficiently land and forestry resources for self-sustaining livelihoods; and maintaining and developing diversified cultural traditions and natural resources in mountainous ethnic communities.