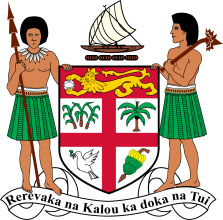 Fiji became independent in 1970 after nearly a century as a British colony. Democratic rule was interrupted by two military coups in 1987 caused by concern over a government perceived as dominated by the Indian community (descendants of contract laborers brought to the islands by the British in the 19th century). The coups and a 1990 constitution that cemented native Melanesian control of Fiji led to heavy Indian emigration; the population loss resulted in economic difficulties, but ensured that Melanesians became the majority. A new constitution enacted in 1997 was more equitable. Free and peaceful elections in 1999 resulted in a government led by an Indo-Fijian, but a civilian-led coup in 2000 ushered in a prolonged period of political turmoil. Parliamentary elections held in 2001 provided Fiji with a democratically elected government led by Prime Minister Laisenia QARASE. Reelected in May 2006, QARASE was ousted in a December 2006 military coup led by Commodore Voreqe BAINIMARAMA, who initially appointed himself acting president but in January 2007 became interim prime minister. Following years of political turmoil, long-delayed legislative elections were held in September 2014 that were deemed "credible" by international observers and that resulted in BAINIMARAMA being reelected.

Fiji is a parliamentary republic.

The constitution was signed by President Epeli Nailatikau.

This instrument of the Prime Minister of the Republic of Fiji assigns to Attorney General and Minister for Finance, Public Enterprises, Civil Service and Communications, the responsibility for the conduct of the specified Government business, departments and written laws.

This Decree establishes the Mahogany Industry Council and provides for the continuation of the Fiji Mahogany Trust, which was established as a body corporate under section 5 of the Fiji Mahogany Act 2003 for the benefit of landowners and the Fiji Hardwood Corporation Limited, transformed into a privatised Company for the purposes of developing the mahogany industry in Fiji, including the harves

This Decree amends the Native Lands Act by replacing in the Act and all subsidiary legislation made under the Act the word "native" with the word "i Taukei". It also inserts a new section (1A), which provides that all written laws (of Fiji) are to be changed by deleting all references to "native" and inserting therefor the word "i Taukei".

This Act amends the State Lands Act, originally titled “Crown Lands Act”, in section 6 by adding a subsection to a provision that gives powers to the Minister to exchange portions of State land for portions of private freehold land. The new section empowers the Minister to require, in addition of exchange, payment as a contribution for the value of the State land subject of exchange.

This Decree amends the Succession, Probate and Administration Act in section 49 which concerns maximum deposits in any bank that may be paid to widow or next of kin without probate or administration.