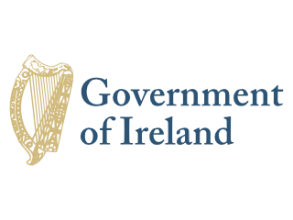 Celtic tribes arrived on the island between 600 and 150 B.C. Invasions by Norsemen that began in the late 8th century were finally ended when King Brian BORU defeated the Danes in 1014. Norman invasions began in the 12th century and set off more than seven centuries of Anglo-Irish struggle marked by fierce rebellions and harsh repressions. The Irish famine of the mid-19th century saw the population of the island drop by one third through starvation and emigration. For more than a century after that the population of the island continued to fall only to begin growing again in the 1960s. Over the last 50 years, Ireland's high birthrate has made it demographically one of the youngest populations in the EU. The modern Irish state traces its origins to the failed 1916 Easter Monday Uprising that touched off several years of guerrilla warfare resulting in independence from the UK in 1921 for 26 southern counties; six northern (Ulster) counties remained part of the UK. Unresolved issues in Northern Ireland erupted into years of violence known as the "Troubles" that began in the 1960s. The Government of Ireland was part of a process along with the UK and US Governments that helped broker what is known as The Good Friday Agreement in Northern Ireland in 1998. This initiated a new phase of cooperation between the Irish and British Governments. Ireland was neutral in World War II and continues its policy of military neutrality. Ireland joined the European Community in 1973 and the euro-zone currency union in 1999. The economic boom years of the Celtic Tiger (1995-2007) saw rapid economic growth, which came to an abrupt end in 2008 with the meltdown of the Irish banking system. Today the economy is recovering, fueled by large and growing foreign direct investment, especially from US multi-nationals.

Ireland is a parliamentary republic.

These Regulations give effect to Ireland's 4th Nitrates Action Programme, and provide statutory support for good agricultural practice to protect waters against pollution from agricultural sources and include measures such as periods when land application of fertilisers is prohibited, limits on the land application of fertilisers, storage requirements for livestock manure, and monitoring of the

These Regulations amend the European Communities (Environmental Impact Assessment) (Agriculture) Regulations 2011 in various provisions relating to, among other things, application for a screening decision, documents that shall accompany the application, the follow-up on a decisions by the Minister and information for the environmental impact statement.

These Regulations designate a coastal area as a Special Protection Area in accordance with Article 4 of Habitats Directive for protection purposes set out in Schedule 3 (coastal lagoons).

The Regulation, which consists of 10 articles, provides for the establishment of tourism centers in different areas of the State. In particular, the Regulation divides the areas, based on capability to provide services for tourists, in four levels as follows: international level, national level, provincial level, and domestic level.