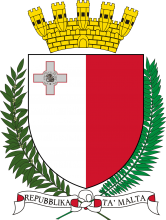 Great Britain formally acquired Malta in 1814. The island staunchly supported the UK through both world wars and remained in the Commonwealth when it became independent in 1964; a decade later it declared itself a republic. Since about the mid-1980s, the island has transformed itself into a freight transshipment point, a financial center, and a tourist destination while its key industries moved toward more service-oriented activities. Malta became an EU member in May 2004 and began using the euro as currency in 2008.

Malta is a parliamentary republic.

These provisions lay down some amendments to the Industrial Emissions (Integrated Pollution Prevention and Control) Regulations as regards coordination of the Malta Environment and Planning Authority with other competent authorities.

These Regulations apply to certain public agricultural land, namely to land that belongs to the Government and which is mainly let for the growing of crops, flowers, fruit-trees or vines and for cognate agricultural purposes. These provisions regulate the transfer and lease of such agricultural land.

These provisions lay down some amendments to the Industrial Emissions (Framework) Regulations as regards the measures to be adopted by the competent authority to limit the environmental consequences in case of incident or accident affecting the environment.

This Act regulates the administration of Government land and land acquisition for public purposes. Further it establishes the procedure to be followed for such acquisition and provides for eviction from lands and properties which are either held or administered by the Government.