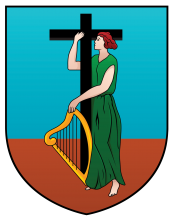 English and Irish colonists from St. Kitts first settled on Montserrat in 1632; the first African slaves arrived three decades later. The British and French fought for possession of the island for most of the 18th century, but it finally was confirmed as a British possession in 1783. The island's sugar plantation economy was converted to small farm landholdings in the mid-19th century. Much of this island was devastated and two-thirds of the population fled abroad because of the eruption of the Soufriere Hills Volcano that began on 18 July 1995. Montserrat has endured volcanic activity since, with the last eruption occurring in July 2003.

Montserrat is a parliamentary democracy and a self-governing overseas territory of the UK.

This Act amends the Property Tax Act by, among other things, inserting a definition of “non-Montserratian” and renewing provisions on appeal for property tax relief to the Commissioner (also defined by this Act). A new section (21A) on the reduction or remittance of tax and a new Part (9) is inserted. Part 9 concerns regulation-making powers of the Governor.

Legislation
May 2016
Montserrat
land use planning

This Act amends the Physical Planning Act in section 3 with respect to members of the Planning and Development Authority by replacing the Director of Development with the Permanent Secretary in the Office of the Premier or his representative.

This Act concerns control of holding of interests in land in Montserrat by foreigners, i.e. persons other than a person belonging to Montserrat (as defined in section 2(2)(b) of the Immigration Act).

This Act vests any interest in land remaining unclaimed since the coming into force of the Land Adjudication Act, and which by the provisions of section 17(1) of that Act were deemed to be Crown Land, shall, if not claimed by 31 December, 2020, in the Crown.

This Order, made under section 13 of the Landholding Control Act, specifies fees for purposes of that section. Fees are to be paid for the first grant or renewal of a landholding licence or another licence to own or lease land by foreigners.

This Act establishes the Port Authority for Montserrat and defines its functions and powers. The Act also makes provision with respect to compulsory acquisition of land by the Authority and defines certain rules applying to port operations and navigation in ports. Some provisions concern the storage of perishable goods.

This Act provides with respect to leases and sales of settled estates. “Settled estates” signifies land, and any estate or interest therein, which is the subject of a settlement. “Settlement” signifies any instrument under or by virtue of which any land or any estate or interest in land stands limited to or in trust for any persons by way of succession.

This Act provides for sale and lease of land, and any estate or interest therein, which is the subject of a settlement. “Settlement” signifies any act, deed, agreement, will or other instrument under or by virtue of which any land or any estate or interest in land stands limited to or in trust for any persons by way of succession.

This Act concerns partition of all lands the subject of any co-tenancy, whether held or acquired before or after its passing. All joint tenants and tenants in common of any estate on which they have specified rights may be compelled in manner provided for in this Act to make severance and partition between them of all such lands respectively.