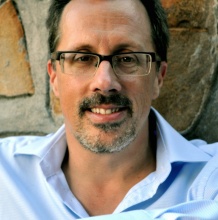 Andries du Toit has a PhD in Comparative Studies from the University of Essex. His training is in political theory and in qualitative and anthropological approaches to social science research. He has done extensive research on the political economy of structural poverty and racialised inequality in a range of contexts in South Africa: his publications include work on the social relations of labour on commercial fruit and wine farms in the Western Cape, on chronic and structural poverty in the rural and urban Western Cape and in the Eastern Cape, and on the dynamics of marginalised livelihoods and informal social protection in the migrant networks of the Eastern and Western Cape.

At present, his work focuses on developing a critical understanding of the politics of knowledge production in the government of poverty and marginal livelihoods. His key interest lies in the ways in which development discourse and the production of technical 'poverty knowledge' can mystify and obscure the social relations of power that underpin persistent inequality and structural poverty. Here, his concern is to develop approaches and frameworks that can go beyond narrowly positivist and technicist approaches to the politics of use-oriented basic research. In this regard he has focused on developing a critical understanding of discourses around social exclusion and the uses of poverty measurement, and he maintains an ongoing interest in the use of critical social theory in the integration of qualitative and quantitative research approaches to poverty, vulnerability and marginality.