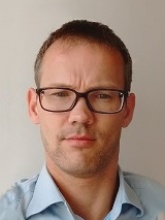 Chris is Senior Land Policy Lead at the UK’s Department for International Development and holds an MSc in rural development and agricultural economics from Imperial College London. Chris is an agriculture and rural development specialist with 19 years’ experience in smallholder agriculture, market development and natural resource management in Africa, Asia and Latin America. Following his first degree in Middle Eastern Studies and Linguistics he started his career in development at the NGO Christian Aid. After various roles he set up its first office in Tajikistan and managed a regional NGO funding programme in Central Asia and Afghanistan. He then worked as an independent rural development consultant for a number of years, which included writing a guidebook for Oxfam on rural producer organisations and policy work on smallholder agricultural development in Africa. He then moved on to head up the global producer partnership programme for the UK social enterprise Twin Trading for four years, working with producers, retailers and leading brands to build sustainable coffee, cocoa and supply chains. Since 2011 he has worked as a Livelihoods Adviser in DFID, leading initially on food and agriculture policy role where he authored a new DFID conceptual framework for agriculture in 2013, and as DFID’s lead on nutrition and extreme poverty in Bangladesh until 2016.

There’s been quite a hubbub in the land community the last month over the reclassification of two land indicators from ‘Tier III’ to ‘Tier II’. So what’s this all about? For the uninitiated, each SDG indicator has to go through a validation process before it gets included in the formal SDG reporting process that will run from 2020 to 2030.