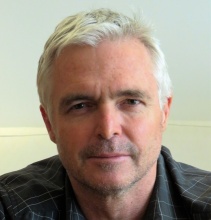 Professor Fitzpatrick is a world-leading authority on property rights in contexts of natural disasters, climate change and armed conflicts. He was the UN's land rights adviser in post-conflict East Timor (2000) and post-tsunami Aceh (2005-6). He is the primary author of the UN's guidelines on addressing land issues after natural disasters [Land and Disasters: Guidance for Practitioners (2010)]. He has worked with Oxfam International on land issues after the earthquake in Nepal, and after Typhoon Haiyan in the Philippines. He advised UNESCAP on land issues after Cyclone Nargis in Myanmar. He is a member of the expert advisory committee for the Platform on Disaster Displacement. In 2010, he was a Keynote Speaker at the 2010 International Federation of Surveyors Conference (Climate Change, Disaster Management and Land Governance - 2000 delegates). He has undertaken professional consultancies on law and development with the World Bank; AusAID; the Asian Development Bank; Oxfam International; the OECD; UNDP and UN-HABITAT.

In 2007, Professor Fitzpatrick won the Hart Article Prize from the UK Socio-Legal Studies Association for an article in the Yale Law Journal. He is a past Director of the Centre for Commercial Law and Regulatory Studies at Monash University, and has been a Global Visiting Professor at New York University School of Law, a Visiting Professor at the National University of Singapore, a Visiting Professor at the University of Muenster; and a Distinguished Visitor at the University of Toronto. Since 2012, Professor Fitzpatrick has received A$1,031,690 in competitive research funding from the Australian Research Council. From 2012 to 2016 he was an Australian Research Council Future Fellow, and the Chief Investigator on an ARC DP grant, Resilience and Vulnerability in Property Systems: Rising Sea Levels and Local Relocations in the Solomon Islands.

What is the role of land law in natural disasters? Are current global systems of land law fit-for-purpose as we experience escalating rates of climate disruption?