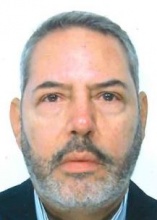 Mr. Molina Cruz is a Senior Land Tenure Officer, in the Inclusive Rural Transformation and Gender Equality Division, of the Food and Agriculture Organization of the United Nations in Rome, Italy. Previously he was Liaison Officer at the FAO Liaison Office to the United Nations UN) in New York, United States. He was a Cabinet Member, Presidency of the 63th UN General Assembly, serving as the Focal Point on food security and rural development. Prior Mr Molina Cruz held the post of Land Administration Officer for Latin America and the Caribbean at the FAO Regional Office for Latin America in Santiago, Chile. Previously he was the Program Manager of land titling program in El Salvador, with CARE International.

Over the past nine years, the project on Supporting Implementation of the Voluntary Guidelines on the Responsible Governance of Tenure of Land, Fisheries and Forests (VGGT) has helped countries make political commitments towards the eradication of hunger, food insecurity, and malnutrition, with the explicit outcome of increasing awareness among decision makers, development partners, and society at large regarding access to natural resources. The Food a