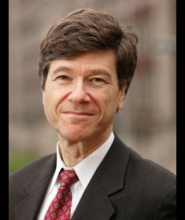 Sachs is co-founder and Chief Strategist of Millennium Promise Alliance, and is director of the Millennium Villages Project. Sachs is also one of the Secretary-General’s MDG Advocates, and a Commissioner of the ITU/UNESCO Broadband Commission for Development. He has authored six books, including three New York Times bestsellers, in the past decade: The End of Poverty (2005), Common Wealth: Economics for a Crowded Planet (2008), The Price of Civilization (2011), To Move the World: JFK’s Quest for Peace (2013) and The Age of Sustainable Development (2015) and the latest book, Building the New American Economy: Smart, Fair & Sustainable (February 2017).

By Professor Jeffrey Sachs, Chairman of the Advisory Board of CCSI, University Professor at Columbia University, and Director of the UN Sustainable Development Solutions Network