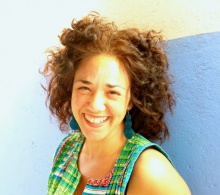 Rachael Knight is an attorney with expertise in the areas of land tenure security, access to justice, and legal empowerment of the poor. She previously served as Director of the International Development Law Organization’s (IDLO) Community Land Titling Initiative, working to document and protect the customary land rights of indigenous groups in Uganda, Liberia and Mozambique. Rachael also worked as a consultant for the Food and Agriculture Organization of the United Nations (FAO) from 2004 until 2009. From 2002 until 2007, she founded and ran medical-legal partnership programs in Northern California that located legal services in primary care medical clinics to increase access to justice for low-income urban communities. Rachael recently completed a book for the FAO entitled Statutory Recognition of Customary Land Rights in Africa. She was awarded a Fulbright Fellowship, and is a graduate of Brown University and the UC Berkeley School of Law (Boalt Hall).

Currently, she is the Director at the Community Land Protection Program at Namati.

Across Africa, Asia and Latin America, investors are increasingly approaching rural communities seeking land for logging, mining, and agribusiness ventures. Even in those situations where the investors have followed FPIC guidelines and undertaken a formal “consultation” with the community, these consultations are generally conducted in a context of significant power and information asymmetries. Part of the power imbalance comes from communities’ lack of information about the value of community lands and natural resources.