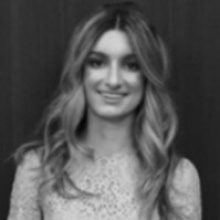 Today, more than 476 million Indigenous Peoples, living in more than 90 countries across the world in seven socio-cultural regions, have developed unique territorial management practices that manage to generate food whilst preserving biodiversity. In a world where food security is becoming increasingly unstable , the way Indigenous Peoples grow and consume food holds answers to the wo

Local and indigenous knowledge refers to the understandings, skills and philosophies developed by societies with long histories of interaction with their natural surroundings. For rural and Indigenous Peoples, local knowledge informs decision-making about fundamental aspects of day-to-day life.

The Sarayaku people of eastern Ecuador have declared their traditional Amazonian home as Kawsak Sacha — a living forest with rights.

On Mindanao, in the Philippines, the Manobo people have created a local and regional governance structure for their lands, including Bagani, or warriors, to police the area against logging and poaching.

Indigenous Peoples globally have high exposure to environmental change and are often considered an ‘‘at-risk’’ population, although there is growing evidence of their resilience. Ample research illustrates that Indigenous Peoples are actively observing and adapting to change in a diversity of ways.

Of the many issues raised by the COVID-19 pandemic, perhaps the most unsettling is that it is likely to be only a beginning — that the world is threatened with future plagues brought on by factors such as environmental degradation and human encroachment on animal habitats.

The World Health Organization (WHO) estimates that some 60% of human diseases already originate from animals. As urban areas spread across the world, and forests are chopped down, zoonosis — the jump of pathogens such as viruses from animal to human — becomes more likely and common.

Join the Ford Foundation, the Land Portal Foundation, the Tenure Facility and the Thomson Reuters Foundation for a webinar on May 20th. The link between “environmental imbalances” and “emerging infectious diseases” is well established in literature; studies have shown that activities associated with deforestation, and subsequent biodiversity loss, contribute to the spread of disease v

* This blog post was written by the following women:  Patricia Chaves, Gigliola Silva Araújo, Natali Lacerda and Tereza Borba. They take us back to 2015, through to the present, telling us about the process of localizing the land-related SDGs and empowering local women to build multi-stakeholder platforms in order to change and influence policies that can affect their families, communities and  lives. *

Worldwide, Indigenous Peoples are stewards over vast tracts of vital forest lands, but often without proper legal protections. Now a new landmark report has shown conclusively that when Indigenous Peoples have secure tenure over the forests they live in, deforestation and other forms of environmental degradation are at the very least tempered, if not halted altogether.

For over a decade, data advocates have reserved one day out of the year to celebrate open data.  Now, more than ever, the world has turned to open data to support in addressing the complex and unprecedented challenges of our times.  The ongoing global pandemic, systemic racism and global poverty, are but a few of the global issues that require openness and transparency, if we want to eradicate them as the most pressing social, economic and political problems of our day.

The theme for International Women’s Day this year was 'Women in Leadership: Achieving an Equal Future in a COVID-19 World’.  It celebrated and highlighted the remarkable efforts made by women and girls around the globe to shape a more equitable future in the recovery from the COVID-19 pandemic.