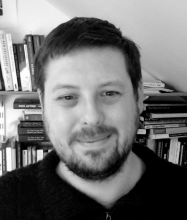 Tim Davies is a member of the Land Portal Technical Advisory Committee, and has worked with the Land Portal on strategy development since 2013. Tim is Research Director of Connected by Data.

He was co-editor of The State of Open Data: Histories and Horizons, and co-author of the chapter on Open Data and Land Ownership. He was co-founder and director of Open Data Services Co-operative, and played a leading role in the development of the Open Contracting Data Standard, now in use by governments across the world to increase procurement transparency and efficiency. He was worked with and advised numerous open data projects, including GODAN, the Open Data Charter (including as series editor for the Open Up guide on Using Open Data to Combat Corruption), Open Ownership, 360 Giving, and the International Aid Transparency Initiative and IKM Emergent.

Tim has an MSc in Social Science of the Internet from Oxford Internet Institute, and has studied in the Web Science Doctoral Training Center at the University of Southampton. He was a 2013/14 Fellow at the Harvard Berkman Centre for Internet and Society, and is a Fellow of the Royal Society of Arts.

This week an important new book on ‘The State of Open Data: Histories and Horizons’ was launched by IDRC and African Minds.