Mali is a landlocked country in the heart of the Sahel that faces land related tensions, food insecurity and severe security challenges despite the 2015 peace agreement. Agriculture accounts for 39% of the national GDP and Mali’s main exports rely on gold, cotton, and livestock. 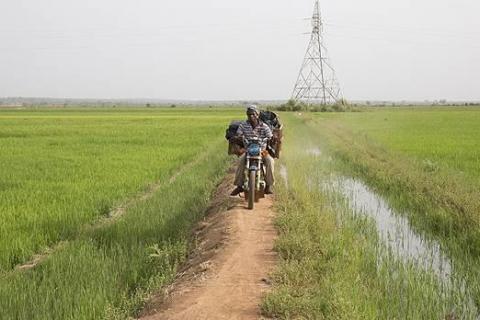 Livestock herding alone contributes 15% to the country’s GDP. The majority of the population lives off rain-fed agriculture and pastures, seasonal migration, and a range of activities, such as trading. The mining sector generates significant tax revenues but is well-known for corruption, and its negative social as well as environmental impacts.

In 1992 the government adopted a new constitution and put in place policies that aim at economic liberalization and political decentralization. Economic growth has remained strong despite recent coups d’état (in 2012, 2020, and 2021) which have further destabilized the country and its relations with its neighbors and European partners. While private land ownership is recognized, most land titles are found only in urban areas. Customary tenure and usufruct rights are dominant in rural areas. Since the adoption of the Agricultural Land Law in 2017 individuals can apply for a land title, for the first time, using evidence of customary rights as the basis for their claim.

Deforestation is a major problem and conflicts related to land and water access are common throughout the country. This includes disputes between sedentary farmers and transhumant pastoralists over damaged crops, and access to water and pastures, intergenerational conflicts, women’s unequal access to land, and poor urban land use planning.