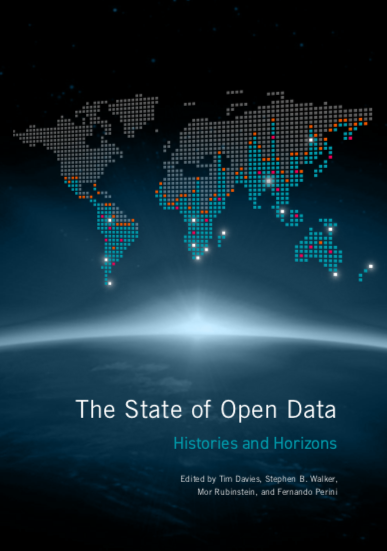 A decade ago, open data was more or less just an idea, emerging as a rough point of consensus for action among pro-democracy practitioners, internet entrepreneurs, open source advocates, civic technology developers, and open knowledge campaigners. Calls for “open data now” offered a powerful critique of the way in which governments and other institutions were hoarding valuable data paid for by taxpayers – data that if made accessible, could be reused in a myriad of different ways to bring social and economic benefits and democratic change.

Ten years on, open data is much more than just an idea. First, it was a movement, and then a label applied to vast quantities of data from genomics and geospatial data to land registers, contracting, and parliamentary voting. Today, it’s a term found on government portals, in global policy documents, and in job descriptions. Thousands of businesses around the world owe their existence or their growth to the release of open government data, and hundreds of civil society organisations have embraced open data as a key element of their social change toolkit.

For a while, it may have been possible to identify a cohesive open data movement united by shared interests, working simply to gain access to more data and establishing the principle that government data should be open. However, as the movement has evolved, stakeholders have turned their focus to linking data use to specific needs and to questions of how to quantify the return on investment in advancing open data. Within this fast growing and organic open data movement, an ever-increasing number of networks and communities of practice have become more diverse, fluid, and cross-sectoral.

So what is the open data movement today? What has it achieved over the last decade? Answering these questions is at the core of this publication. It is a collective effort to explore what we can learn from the past, to identify how to build on the investments made to date, and to look at how open data policy and practice have started to address challenges such as mainstreaming and sectorisation.

Exploring these questions is not just important for historical purposes. It can yield important insights on how best to move forward. This publication is also an invitation to identify the issues that may sustain this broad coalition into the future. We believe that a deep reflection about the movement, even a reflection on whatever cracks have appeared or on the gaps between promise and reality, provides a vital opportunity to discuss where realignment and rethinking are needed.

This collection of essays is the product of an 18-month journey that has brought together almost 70 authors, supported by over 200 other contributors, to produce 37 short chapters on the current state of open data from a range of different perspectives, offering the most comprehensive attempt to explore the breadth and depth of the open data field to date.

A Crown corporation, we support leading thinkers who advance knowledge and solve practical development problems. We provide the resources, advice, and training they need to implement and share their solutions with those who need them most. In short, IDRC increases opportunities—and makes a real difference in people’s lives.

Open Data for Development (OD4D) is a global partnership to advance the creation of locally-driven and sustainable open data ecosystems around the world. OD4D uses an ecosystem approach to build the local supply of quality open data, and improve its use by leaders and innovators in government, civil society, the media and business. As a global data collaborative, OD4D is scaling open data approaches that work, improving transparency and accountability, service delivery, and the well-being of the poorest and most marginalized.

African Minds is an open access, not-for-profit publisher. African Minds publishes predominantly in the social sciences and its authors are typically African academics or organisations. African Minds offers innovative approaches to those frustrated by a lack of support from traditional publishers or by their anachronistic approach to making research available. At African Minds, the emphasis is less on the commercial viability of publications than on fostering access, openness and debate in the pursuit of growing and deepening the African knowledge base.