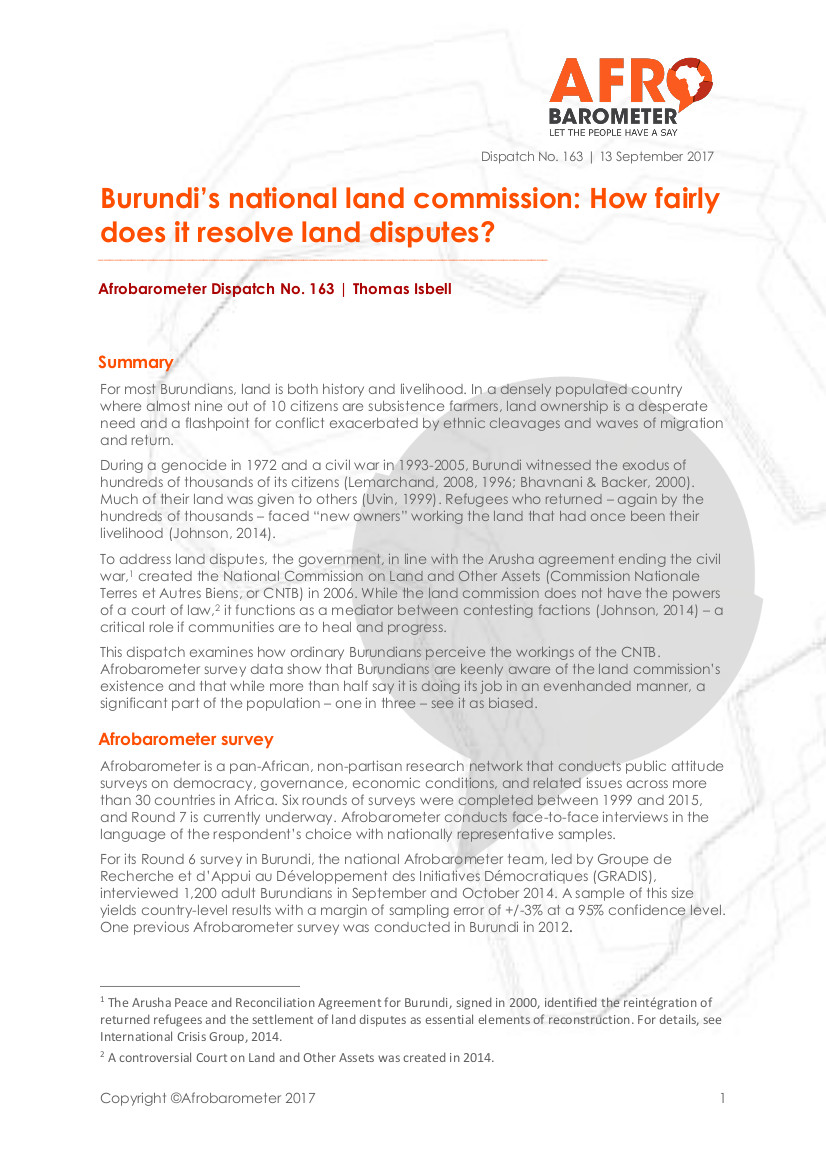 To address land disputes, the government, in line with the Arusha agreement ending the civil war, created the National Commission on Land and Other Assets (Commission Nationale Terres et Autres Biens, or CNTB) in 2006. While the land commission does not have the powers of a court of law, it functions as a mediator between contesting factions (Johnson, 2014) – a critical role if communities are to heal and progress.

This dispatch examines how ordinary Burundians perceive the workings of the CNTB. Afrobarometer survey data show that Burundians are keenly aware of the land commission’s existence and that while more than half say it is doing its job in an evenhanded manner, a significant part of the population – one in three – see it as biased.