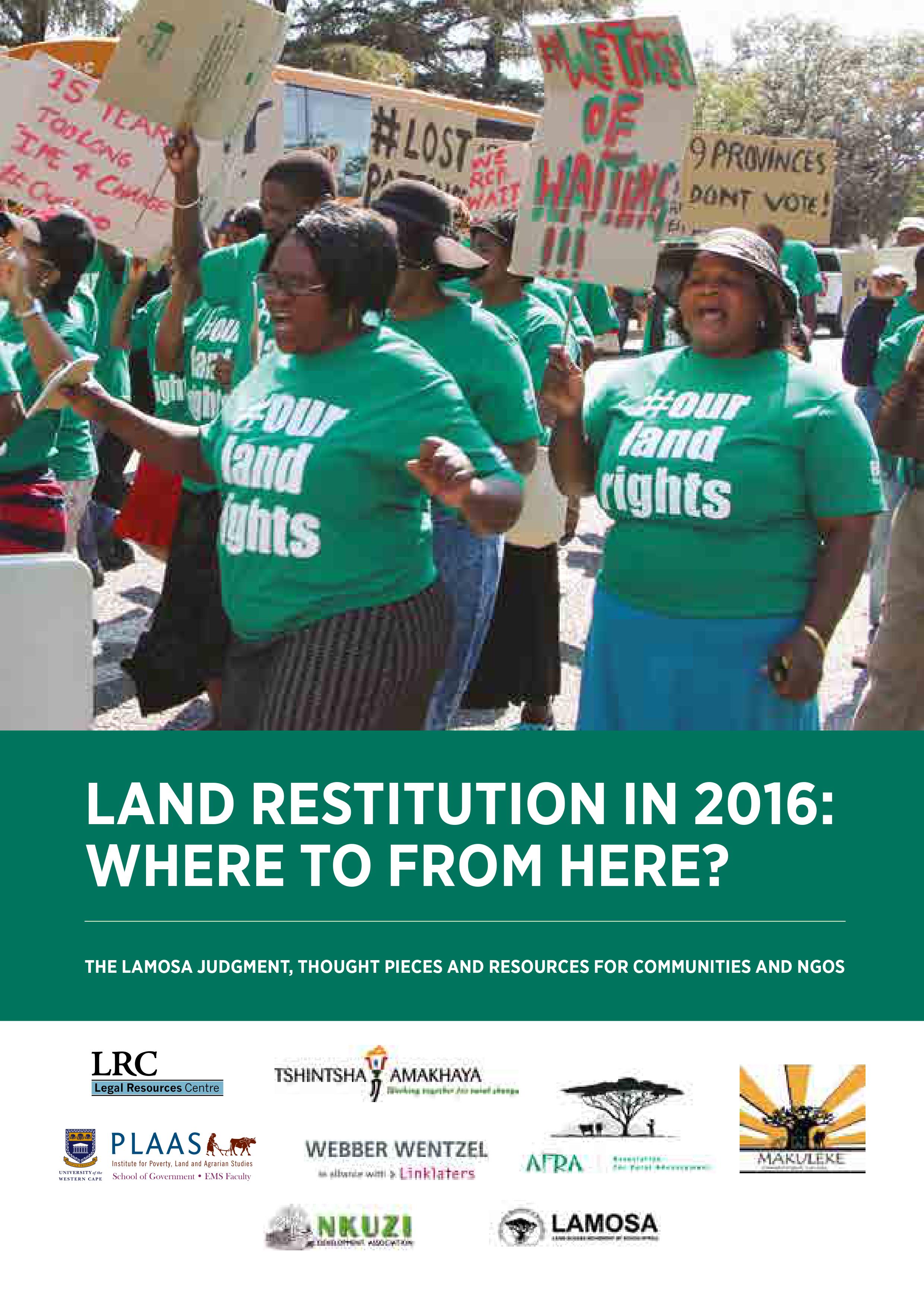 The following is an account of a grassroots movement led by a group of NGOs and communities who went to the Constitutional Court, the highest court in South Africa, to challenge the law dealing with land claims.

They wanted the Court to declare the Restitution of Land Rights Amendment Act 15 of 2014 unconstitutional; and they won!

The following booklet contains the summary of the court case, as well as press statements, articles in the media and an overview of the High Level Panel on the Assessment of Key Legislation and Acceleration of Fundamental Change.

The Legal Resources Centre (LRC) is South Africa’s largest public interest, human rights law clinic. Established in 1979, we use the law as an instrument of justice for the vulnerable and marginalised, including poor, homeless and landless people.