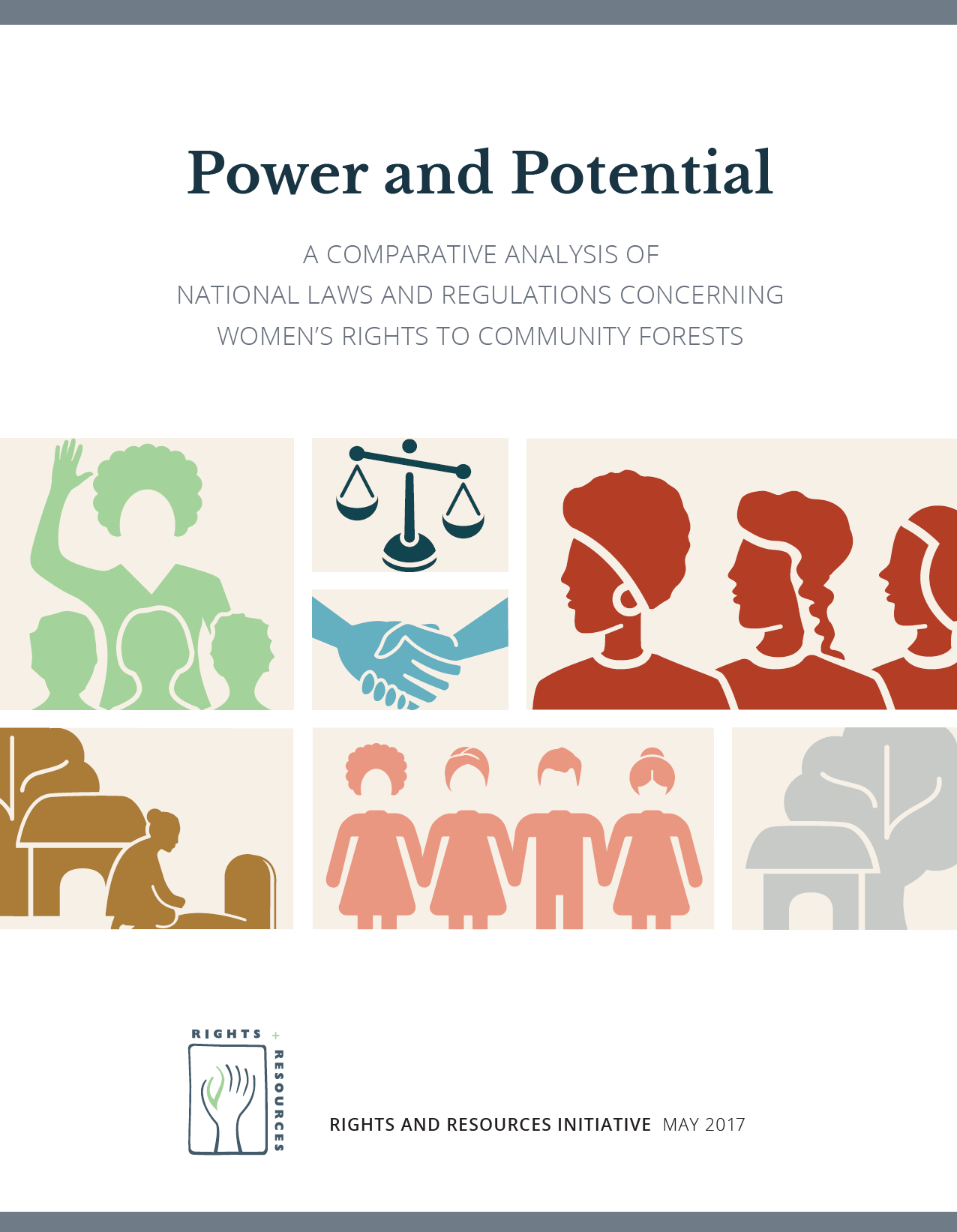 Up to 2.5 billion people hold and use the world’s community lands, yet the tenure rights of women—who comprise more than half the population of the world’s Indigenous Peoples and local communities—are seldom acknowledged or protected by national laws. Although gender norms and women’s forest tenure security vary widely across community-based tenure systems, this analysis concludes that national laws and regulations on the rights of indigenous and rural women to inheritance, community membership, community-level governance, and community-level dispute resolution are consistently unjust, falling far below the requirements of international law and related standards.

The 30 low- and middle-income countries analyzed in this study are ill-positioned to meet their obligations under the Convention on the Elimination of All Forms of Discrimination against Women; non-binding international guidance such as the Voluntary Guidelines on the Responsible Governance of Tenure of Land, Fisheries and Forests in the Context of National Food Security; and the Sustainable Development Goals, all of which necessitate the statutory recognition of women’s rights to community forests. Inadequate legal protections for the tenure rights of indigenous and rural women fail to reflect existing gender-equitable practices in indigenous and local communities, and enable other community practices that discriminate against women, thereby weakening women’s tenure rights, jeopardizing the livelihoods of women and their families, and threatening the advancement of entire communities.

Governments are not respecting indigenous and rural women’s tenure rights and are failing to meet international obligations to do so in all 30 low- and middle-income countries assessed.

There are no clear winners when comparing Asia, Africa, and Latin America:

The Rights and Resources Initiative is a strategic coalition of international, regional and community organizations engaged in development, research and conservation. Together, we are working to encourage greater global commitment and action on pro-poor tenure, policy and market reforms.