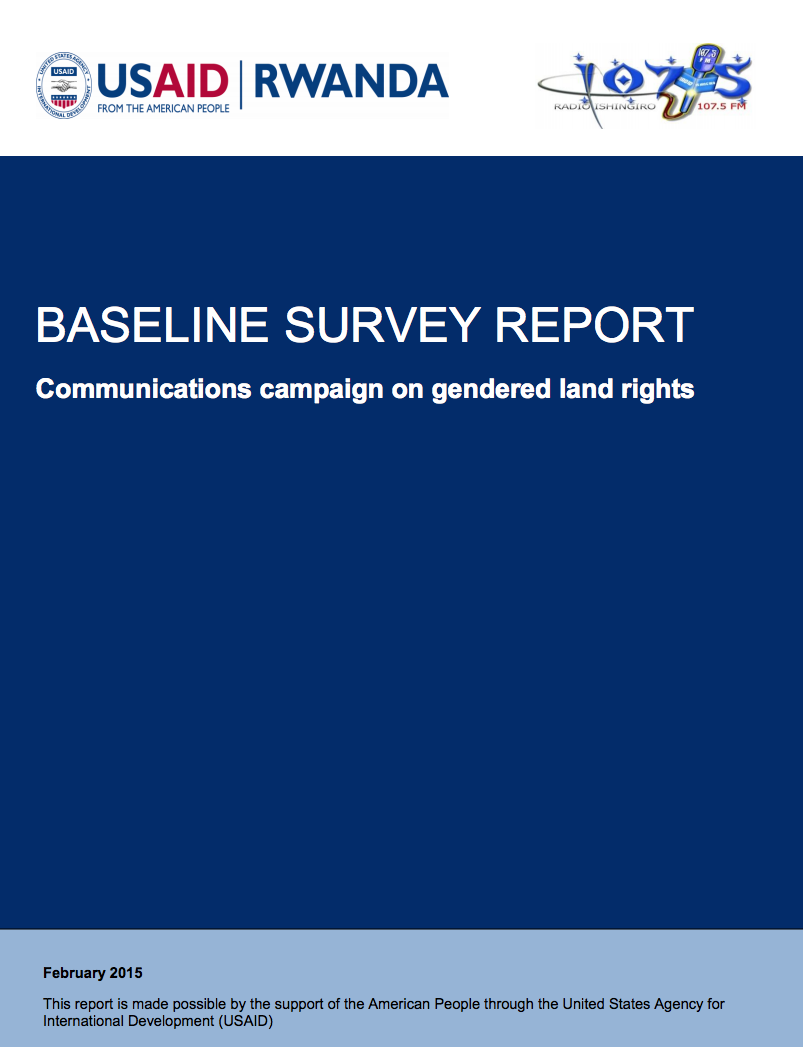 In Africa, land has an emotional and mystical value beyond the economic consideration and
represents the social security and the continuity and independence of a family. In much of rural
Africa, land constitutes the primary source from which millions of people derive their daily
livelihoods (Bhandari 2001)
1
. In sub-Saharan Africa, women contribute between 60-80% of labor
used to produce food for both household consumption and sale to agricultural production while
women’s access to and control over land in Africa remains minimal (FAO, 1998).
2

Many international and national organizations have advocated for equality between men and
women in ownership and control of resources by calling on country governments to review their
land laws and land policies to accommodate the women’s land rights protection. According to
the World Bank (2013),3
a woman’s ability to own, inherit and control land and property is
absolutely vital to her ability to access resources and participate in the economy. The Food and
Agriculture Organization of United Nations (FAO), the Convention on the Elimination of
Discrimination Against Women (CEDAW), and the UN Human Rights Commission have all
called for equal treatment for women and men in access to land and land reform (UN
Commission on Human Rights 2002),4 However, research shows that despite greater
acceptance of women’s rights to land in laws and policies, their implementation often runs into
significant obstacles, and gaps persist between what is on paper and the reality on the ground.
The Rwandan government has ratified an international declaration (CEDAW) committing itself to
upholding gender equality as well as made considerable legal reforms to grant equality between
men and women in property rights. Yet many women are not fully enjoying their land rights
(Celestin, 2014).5 According to the Rwanda’s constitutional principle of equality of all citizens, all
Rwandans enjoy the same rights of access to land without any discrimination whatsoever.
According to this principle, women, married or not, should not be excluded from the process of
land access, land acquisition and land control, and female descendants should not be excluded
from the process of family land inheritance (Land Policy of Rwanda, 2004:23).6 Nevertheless, a
significant number of women in many parts of Rwanda are prevented from enjoying their land
and property rights due lack of implementation land laws at lower administrative levels,
customary practices, lack of clarity and information on their legal land rights, and incomplete
knowledge about how to exercise those rights (Landesa, 2013).7

The LAND Project is a five year program supported by the United States Agency for International Development (USAID). Its primary goal is strengthening the resilience of Rwandan citizens, communities and institutions and their ability to adapt to land-related economic, environmental and social changes.

The LAND Project is a five year program supported by the United States Agency for International Development (USAID). Its primary goal is strengthening the resilience of Rwandan citizens, communities and institutions and their ability to adapt to land-related economic, environmental and social changes.