Karina García is the latest candidate to be killed ahead of local elections. Residents say the peace that a 2016 deal was supposed to bring has not arrived

When she launched her campaign to be the town’s first female mayor, Karina García was already household name in Suárez, a conflict-ridden municipality in western Colombia.

At 32, she had already served as a councilwoman there, and later as the government’s local human rights representative – earning a reputation for working long hours and uniting disparate indigenous farming communities with the largely Afro-Colombian urban centre.

“Karina tried to help everyone in her community,” Orlando García, her father, told the Guardian.

It was that sense of duty that led to her death.

At nightfall on 1 September, García was traveling along a winding dirt road, on her way back from meeting rural leaders. Just a few miles from town, the armoured SUV she was traveling in was ambushed by assailants who opened fire with automatic weapons and threw at least one grenade.

García, her mother and two others were killed. Her bodyguard was severely injured.

“They couldn’t beat her with arguments, so they did it with grenades,” García’s father said in the living room of his house in the nearby city of Santander de Quilichao. “This is the price you pay for trying to do honest politics in Colombia.”

García was a candidate for the Liberal party, a broad church that – along with its rival Conservatives – dominated Colombian politics for most of the past century, until both gave way to insurgent new parties.

Her death made her the seventh candidate to be murdered in advance of local elections this Sunday for governors, mayors, and city councillors across Colombia.

The string of political killings has shaken the country, reminding many of the wanton political violence of past decades, when thousands of candidates – including three presidential contenders – were killed on the campaign trail.

A 2016 peace deal with the leftwing rebels of the Revolutionary Armed Forces of Colombia (Farc) was supposed to usher in a new chapter of tranquility, formally ending half a century of civil war that killed 260,000 and forced over 7 million from their homes.

But while the Farc demobilization removed one faction from Colombia’s labyrinthine war – and an overarching narrative for the violence – peace never truly arrived: local conflicts over the drug trade, land rights and mineral resources continue to fuel violence. 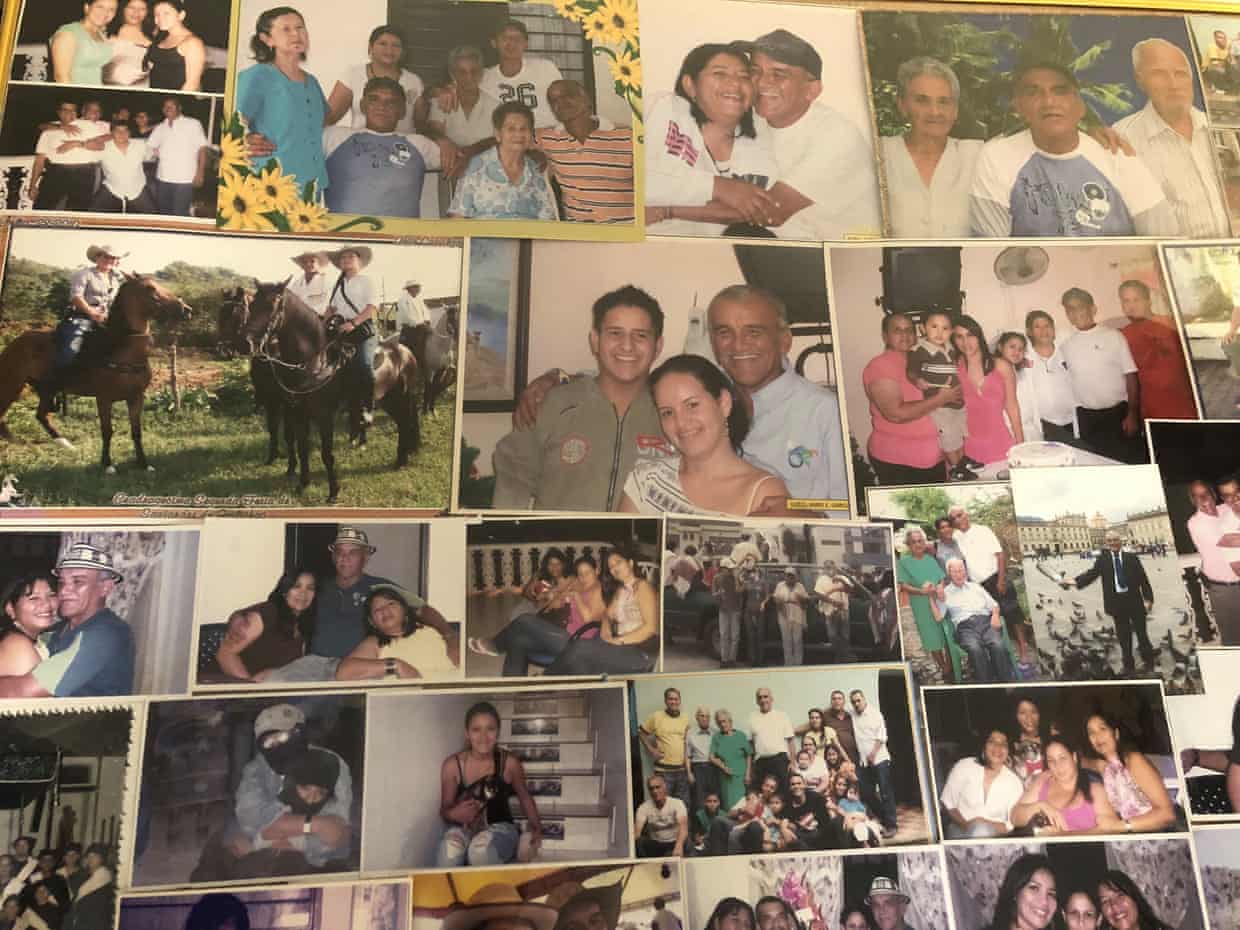 In her father’s home, photos of Karina García growing up show her love of horses and the countryside. Photograph: Joe Parkin Daniels

According to Colombia’s human rights ombudsman, 486 activists and human rights defenders have been murdered since January 2016, most of them in rural areas like Suárez, where dissident rebel groups, local mafias and drug traffickers with paramilitary origins still jostle for strategic territory and economic and political power.

“Suárez has always had its problems. Our Karina’s death is just the latest example,” said María del Pilar, a local social worker who knew the candidate. “Nothing changes around here,” she added, masking her pain.

Suárez, with a population of 20,000, sits in the Andean mountains beside the fast-flowing River Cauca, from which the surrounding province takes its name.

It is a modest place, but the highlands which loom over the village contain great riches: fields of coca – the key ingredient in cocaine – and rich seams of gold.

Efrain Ceron, the priest of the town’s Catholic parish, said the armed groups fighting for local control would not be swayed by any talk of peace. “There is simply too much money to be made in the hills,” he said.

In Suárez, the peace process may have actually poured fuel on the fire: the conflict had for decades deterred multinational mining companies from exploring the region’s gold deposits, leaving the mountain’s riches for local artisanal miners.

But since 2016, fears grew that outsiders would come for the gold. García’s political opponents seized on such concerns, and rumours began to spread that she planned to invite multinational corporations – and with them, paramilitary enforcers – to Suárez.

Her murder was a tragedy of a death foretold. Just a week before she died, García posted a video on her Facebook page denying the rumours – and begging for an end to the whispering campaign against her.

“Please, for God’s sake, don’t act so irresponsibly,” she pleaded in the video. “This could be fatal.”

Today, García still haunts the town. Her campaign posters still hang from walls and lampposts, but many are defaced, her image blacked out with spray paint.

For weeks after her death, the upbeat jingles of her ads still chimed on local radio; her campaign team had booked commercial space by the month.

In the days following her assassination, locals held a candle-lit procession and erected a shrine at her humble campaign headquarters on the town’s main square.

Unlike many politicians across the country, García was widely liked in the community.

“She was incredibly brave and incredibly driven,” said Ceron, the priest. “Her death hit everyone in this town - not just her supporters.”

Belatedly, the military presence has been stepped up, with heavily armed soldiers in fatigues zipping up and down the steep streets on motorcycles.

President Iván Duque convened his security council in the regional capital, Popayán, and swiftly put the blame on dissident Farc rebels – a minority of the group who have refused to disarm.

Duque also blamed drug traffickers, working with “international cartels”, for the breakdown in public security in the region. Locals in Suárez agree that Mexico’s feared Sinaloa cartel is present in the region, where it influences local gangs.

“As to the bandit who vilely murdered the candidate … we are going to hunt him and bring him to justice,” Duque told local media.

But the president’s words ring hollow for García’s grieving father, who argues that the Colombian state shares responsibility for her death. “She asked for extra bodyguards and a more heavily armoured vehicle, and they did nothing,” she said.

The family is still waiting for García’s remains to be handed over, though her father identified the body where it lay next to her burned-out car.

“I got to the scene hours before the authorities,” he said, a tear in his eye.

Her cousin Enver Velasco said that her murder was a warning to other grassroots progressives. “Look at what this says to other parents across the country, when their children tell them they want to go into politics,” he said. “There’s no way they would let them, because they know what happened to Karina.”

García’s father drew the opposite conclusion: “Karina would never throw in the towel. She just wasn’t made that way.”