More than 96,000 hectares (237,221 acres) of agricultural land has been inundated in parts of an eastern Indian state hit by a powerful storm this week, officials said on Friday, a year after the coastal region was ravaged by a super cyclone.

Cyclone Yaas swept in from the Bay of Bengal on Wednesday, triggering storm surges that broke through embankments in West Bengal state, particularly hitting hard the ecologically sensitive Sundarbans delta that stretches into neighbouring Bangladesh.

Initial assessment by the West Bengal government showed that water had entered around 96,650 hectares of land that had standing crops, a state official said.

"Fresh flooding were reported from many areas during high tides as the embankments have been left with gaping holes," West Bengal's fisheries minister, Akhil Giri, told Reuters.

In the Sundarbans, still reeling from the damage wrecked by Cyclone Amphan last year, residents said wide swathes of farm land and fresh water ponds used for small-scale fisheries had been inundated. 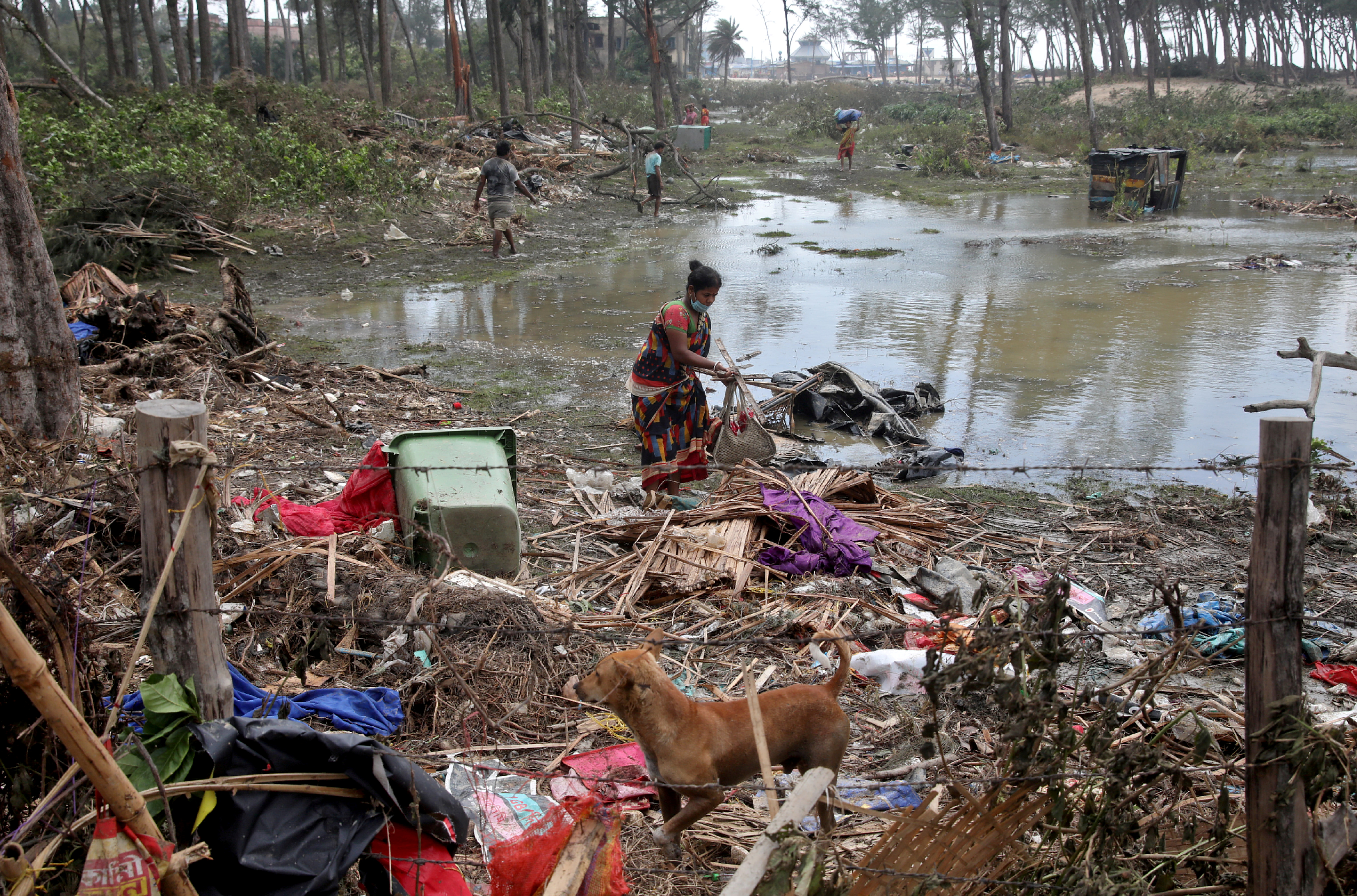 Photo: A woman salvages her belongings near her damaged hut following Cyclone Yaas in Digha, Purba Medinipur district in the eastern state of West Bengal, India, May 27, 2021. REUTERS/Rupak De Chowdhuri

"The area is stinking with rotten fish and movement has become extremely difficult because of stagnant water," said Kanai Haldar, a resident of Raidighi in the Sundarbans, where spurs and dykes meant to hold back flood waters have been damaged.

With climate change pushing up sea surface temperatures, the cyclonic storms that barrel in from the Bay of Bengal have become fiercer and more frequent, particularly in the last decade, according to researchers. read more

Indian Prime Minister Narendra Modi on Friday surveyed areas hit by the cyclone in West Bengal and neighbouring Odisha state, which was directly in the path of the storm but suffered less damage.

"All possible assistance will be provided for the damage caused by Cyclone Yaas," Modi said.