Marc Wegerif, of the Human Economy Program within the Centre for the Advancement of Scholarship at University of Pretoria, was presenting at the 2019 Conference on Land Policy in Africa (CLPA) in Abidjan Cote d’Ivoire on 28th November 2019. The theme of the CLPA was “Winning the fight against Corruption in the Land Sector: Sustainable Pathway for Africa’s Transformation”. The conference was convened by the African Land Policy Centre and brought together over 600 participants from across the continent and different sectors including community organizations and NGOs, to academics and policy makers from government and multilateral agencies.

Marc’s presentation questioned the conference focus on “corruption” which he argued created the incorrect impression that ending corruption could on its own bring about the transformation we need in Africa, as if corruption is the only thing holding Africa back. This diverts us away from addressing larger injustices and challenges, such as increasing inequality and how rich elites from around the world, in collaboration with local elites, are extracting more wealth from Africa. These processes are based on rent seeking, abuse of political influence and appropriation of wealth, but these practices are not called corrupt, because the same elites who benefit from them use their influence to legitimise them.

There is a global trend towards concentration in land and the agri-food sector, which is elaborated in a recent paper that Marc co-authored on land inequality. We see an increasingly bi-model agricultural sector with land fragmentation leading to smaller land holdings for the majority alongside greater concentration of land in medium and large size farms. The wealthiest land owners, many of them now investment companies, use their political influence to defend their positions and create further opportunities for rent seeking from land and the agri-food sector.

Through a process of financialization, agricultural land is becoming an “alternative asset class”, with decision-making moving further from farmers as the priority becomes returns to investors and shareholders. The number of investment funds operating in the agri-food sector has grown exponentially from 38 in 2005 to 440 in 2018, managing US$73 billion in assets. All of this is intensifying the exploitation of small farmers and agricultural workers, who are in a weaker negotiating position, and pushing real wages down, with a steadily increasing share of value going to capital and less going to labour.

Inequality is self-perpetuating, since it is simultaneously cause and consequence in a vicious cycle where public policies are shaped in ways that advantage those at the top, at the expense of the rest of society. Landed elites are in a position to promote policies that protect their land and interests and enable further accumulation.

Another argument that Marc made was that there is grey area between the forms of collaboration and reciprocal relations that are essential to all our relations and food systems in Africa and behaviour that we call “corrupt”. What Marc calls “symbiotic food systems” involve multitudes of small-scale farms and other enterprises that combine in relations based on familiarity and reciprocity to produce and distribute most food in Africa. But, these same types of relationships become highly problematic when they are used by senior corporate employees and government officials to use resources that belong to others to advance themselves, their friends, and their relatives. We have seen how Shabir Shaik and former South African President Jacob Zuma tried to defend themselves from charges of corruption with the argument that their relationship, for which Shaik was convicted and sentenced to 15 years in prison, was one of friends helping friends.

The line between legal and illegal relations is a grey one for many people and is more complex in Africa where colonial era plundering was legitimised by colonial regimes and largely forgiven - willingly or unwillingly - at independence. We face the contradiction of calling for an end to corruption and the prosecution of the offenders, while the worst plunderers of Africa (from the colonial and post-colonial periods) have been allowed to hold on to and expand their ill-gotten riches.

A more sustainable path of transformation and progress would build on the large small-scale farming sector that exists across much of Africa and involves farmers who are linked to local and territorial markets. Such systems build farmer autonomy and involve broad ownership and control, within polycentric systems where power is spread more equitably and there are fewer opportunities for rent seeking and large-scale corruption. We need to embrace progress from below through such systems where money and other resources are kept circulating in local economies and collaboration and reciprocity are positive values. 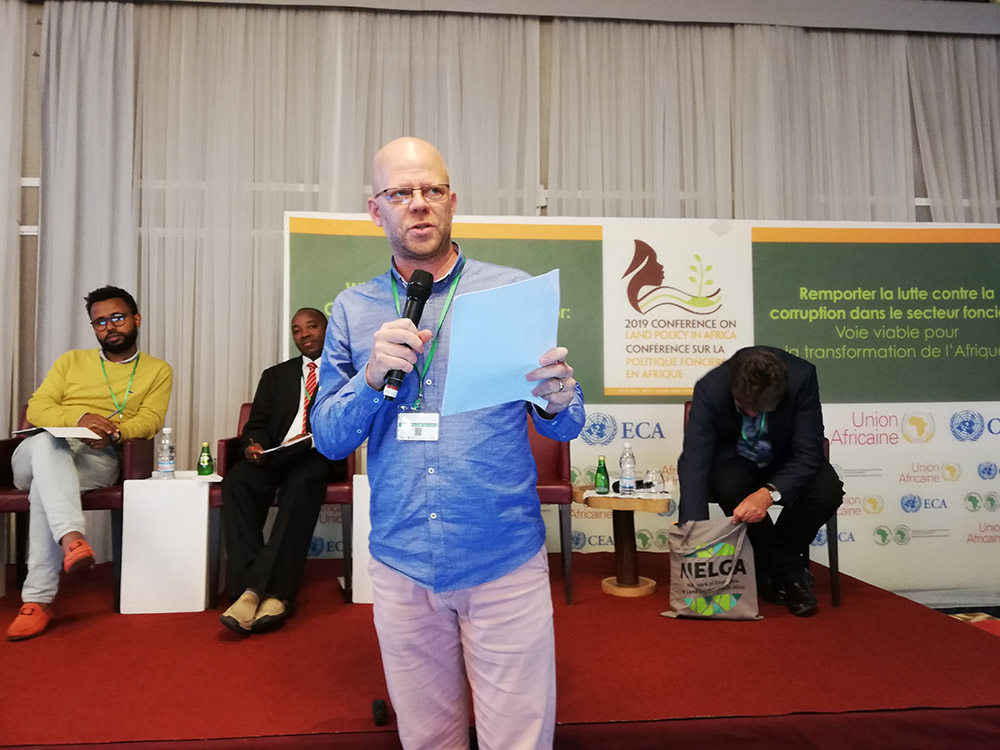