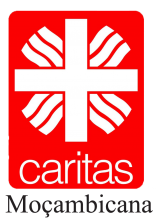 The Republic of Mozambique is located in South East Africa, and Caritas Mozambique is an entity of the Catholic Church in the country, which defines itself as “a driving force of charity, based in the community, which seeks to promote the integral development of all men and women.” It consists of 13 dioceses across the country.

Caritas Mozambique was established in 1977, barely two years after the country’s independence, to help refugees from Zimbabwe. Since its foundation, the organisation has also helped to combat the pain and suffering of Mozambique’s people, primarily caused by the civil war that began in the same year and continued until 1992.

Caritas Mozambique saw the need to concentrate all its efforts on bringing relief to war victims, to the extent that it was considered as an “aid organisation” by the parties in the conflict. After the end of the war Caritas Mozambique had to rethink its objectives, as the reason for its foundation was no longer valid. Therefore, as time has gone by, it has focused its efforts on these areas:

Caritas Mozambique has become an interlocutor with the government in relation to implementation of social and support programmes for people affected by natural disasters. At the same time, it works jointly with European Caritas such as Caritas Spain, Caritas Portugal, Caritas Italy, Caritas Germany, Caritas Austria, CAFOD (Caritas England and Wales) and Trócaire (Caritas Ireland).