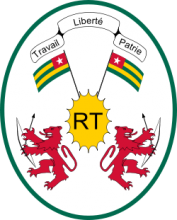 French Togoland became Togo in 1960. Gen. Gnassingbe EYADEMA, installed as military ruler in 1967, ruled Togo with a heavy hand for almost four decades. Despite the facade of multi-party elections instituted in the early 1990s, the government was largely dominated by President EYADEMA, whose Rally of the Togolese People (RPT) party has been in power almost continually since 1967 and its successor, the Union for the Republic, maintains a majority of seats in today's legislature. Upon EYADEMA's death in February 2005, the military installed the president's son, Faure GNASSINGBE, and then engineered his formal election two months later. Democratic gains since then allowed Togo to hold its first relatively free and fair legislative elections in October 2007. After years of political unrest and condemnation from international organizations for human rights abuses, Togo is finally being re-welcomed into the international community.

The constitution, drafted by a Constitutional Commission, was adopted following a national referendum.