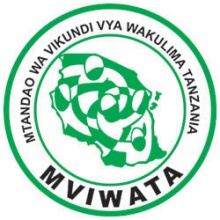 Mtandao wa Vikundi vya Wakulima Tanzania (MVIWATA) is a national farmers organisation which brings together small holder farmers from all regions of Tanzania in order to have a common voice to defend economic, social, cultural and political interests of smallholder farmers. Founded in 1993, MVIWATA aspires to empower smallholder economically and socially farmers through capacity building and undertake lobbying and advocacy especially by strengthening their groups and networks, facilitating communication and learning so that they are capable of defending their interests.

MVIWATA was founded by 22 innovative farmers from Dodoma, Iringa, Kilimanjaro, Mbeya, Morogoro, Tanga and Rukwa regions for the purpose of creating a farmer-to-farmer exchange forum as a means of enhancing communication among smallholder farmers.  Sokoine University of Agriculture (SUA) through its Strengthening Communication Project (SUA-SCOM) guided the initial process in the formation of MVIWATA.

Literally, MVIWATA is Swahili an acronym for the National Network of Small-Scale Farmers Groups in Tanzania.

It was registered in 1995 under the Society Ordinance Act (Registration number SO 8612). In 2000 MVIWATA was registered as a Trust Fund under the Trustees Act of 1956. Following the introduction of the Non-governmental Act of 2002, MVIWATA was received a compliance certificate in 2007. Under this Act, MVIWATA is a non-profit private organisation. The national office of MVIWATA is situated in Morogoro town.

To unite smallscale farmers (including all small holder producers, whose livelihood depend on land such as pastoralists and fisher folks) in order to defend their interests and address together the challenges of farmers.

To strengthen farmers’ groups and networks, facilitate communication and learning among farmers for the purpose of defending the interests of small scale farmers.

The slogan of MVIWATA is Mtetezi wa Mkulima ni Mkulima Mwenyewe literally means the defender of a farmer is the farmer.

This slogan underlines the philosophy of MVIWATA that farmers are the first change agents of their own lives!

In this communiqué, the undersigned Non-State Actors (civil society,pastoralist, research, private, farmers’ unions and other stakeholders) champion a call to action and outline recommendations on livestock policy advocacy strategies that take into consideration the unique conditions and opportunities of the livestock sector development in Tanzania.

The main objective of this study was to assess the impacts of biofuel investments in local livelihood systems and local economy in Tanzania.

Specific objectives of the study included reviewing the state of implementation of CAADP in Tanzania in the context of on-going multiple development initiatives; identifying and analyse gaps on policies and frameworks related to CAADP implementation; making objective analysis of commitment of the Government of Tanzania to 2003 Maputo Declaration; and assessing engagement of small scale farmers

This is a report on TALA-Media joint mission in response to recently reported killings of 5 agro pastoralists and farmers in Maguba area Malinyi Division in Ulanga District. These people were allegedly reported to be killed by gun shots by the Tanzania Peoples Defense Forces on Saturday 17th March, 2012.