Singapore is a city-state formed by one main island and then numerous islets. It is located between Malaysia and Indonesia. The Malay port of Temasek emerged by the 14th century, and the British founded Singapore as a trading colony in 1819.  In 1963, the city achieved independence from Britain as part of the Federation of Malaysia, only to split from it in 1965 and become a sovereign state. In the subsequent years, a period of spectacular economic growth has seen Singapore emerge as one of the world’s most affluent countries, at an average of 7.7% GDP per year from independence until 2019.
Read more
Socio-economic indicators browse all
Land Area
70,900 ha
GDP/Capita
90,091.4 USD
Total population
5,638,676
Urban population
100 %
Land-related indicators browse all
Agricultural land
0.9 %
Perceived tenure security
91.7 %
Primary forests
210 ha

Couple fined $7,000 for trespassing on state land next to Seletar house for nearly 15 years

Main photo: Tan Teck Siong and his wife Cheah Mee Poh have been respectively fined $4,000 and $3,000 for their offences. ST PHOTOS: WONG KWAI CHOW SINGAPORE - For close to 15 years, an architect and his wife unlawfully occupied 144.2 sq m of state land next to their three-storey house in Jalan Tari…

Main photo: Mdm Lee May La posing with a pumpkin from her garden. (Photo: Gaya Chandramohan)   SINGAPORE: Nine years ago, Mdm Lee May La, 64, nearly lost her life. She had gone to Australia to attend her son’s graduation when she had a sudden onset of meningitis - an infection of the membranes that…

Singapore: Why these defiant 'nail house' owners refuse to sell

It is hard to miss the two little houses sitting defiantly in the middle of the Singapore building site. It's instantly reminiscent of the award-winning cartoon Up, the Pixar film which tells the tale of an old man who refuses to move from his home as towering blocks of flats rise around him…

Nearly a quarter of land in Singapore is reclaimed, and questions have been raised over the acquisition of sand from neighbouring countries such as Cambodia and Myanmar, in order to feed the reclamation process.

The Big Read: As clamour grows for preservation in land-scarce Singapore, something’s got to give

While green groups spoken to agreed that the Government has become more receptive to their views, they believe it is now time to put conservation or preservation at the front and centre of future development projects.   By Navene Elangovan for Channels News Asia (CNA) Singapore Original source at… 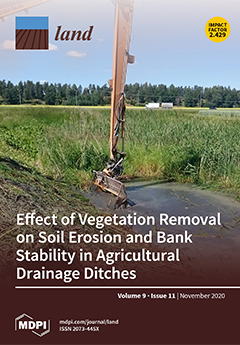