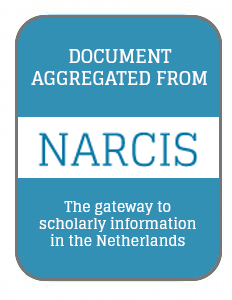 Date of publication:
December 1927
Resource Language:
Dutch
ISBN / Resource ID:
NARCIS:wur:oai:library.wur.nl:wurpubs/525388
Copyright details:
Open Access, this refers to access without restrictions, and without financial incentives. Access to the resource is gained directly, without any obstacles. From info:eu-repo/semantics/openAccess

In olden times the diluvial sands of the southern Netherlands around the village nucleus formed widespread heaths, fens and bogs. On them the farmers had rights of grazing, and of digging peat and turf. In Saxon areas in the eastern Netherlands these lands became common property (marches or commons, Du. marken), while in the south, under the influence of French law, the land became municipal property.

Over the centuries they were reclaimed on a small scale; new settlements and villages grew up.

From the beginning of the 19th century the government encouraged reclamation and many thousands of hectares were sold, chiefly for forestation.

Artificial manures, credit (Raiffeisenbanks) and education allowed the establishment of farms on sands at the end of the 19th century. The farmers bought or rented areas of waste to enlarge their farms or to establish entirely new farms. This was later encouraged by cheap credit from the government and through reclamation by the unemployed. Large-scale reclaimers preferred areas of marsh and fen.

The advantages and disadvantages of these forms of reclamation, and of sale or renting out by the municipality were considered.

National Academic Research and Collaborations Information System (NARCIS) is the main Dutch national portal for those looking for information about researchers and their work. NARCIS aggregates data from around 30 institutional repositories. Besides researchers, NARCIS is also used by students, journalists and people working in educational and government institutions as well as the business sector.