The conflict in Argentina between the indigenous Mapuche community and the national government has claimed another victim: Rafael Nahuel, an indigenous 22-year-old who was killed while resisting a raid by government forces on indigenous activists in the province of Río Negro.

The news broke during the wake of Santiago Maldonado, the activist whose disappearance and death earlier this year brought the conflict in Patagonia into the spotlight. But whereas Maldonado’s body was mysteriously found drowned in the Chubut river 78 days after a border police raid, Nahuel was shot by a special operations group of the Argentine Naval Prefecture.

Both Maldonado and Nahuel were supporting indigenous Mapuche groups who had moved in to “recover” through occupation ancestral territories in Patagonia in the south of Argentina – Maldonado at the Lof Cushamen in Chubut province, and Nahuel at the Lof Lafken Winkul Mapu community in neighbouring Río Negro province. The Lof Lafken Winkul Mapu (lof being a term for a Mapuche community) occupied a very small but touristy area officially belonging to the Nahuel Huapi National Park, the first national park established in Argentina.

In Cushamen, the Pu Lof in Resistance have occupied about 1,000 hectares of ancestral lands which are part of the 2.2m acres of Argentina owned by the Benetton Group – the largest private landowner in the country, much of it bought at bargain prices during the 1990s.

There is a shady history behind the lands owned by Benetton. The first recorded property rights date back to 1889, when the London-based Argentine Southern Land Company received from the Argentine government a “donation” of ten estancias (or rural estates), even though it was forbidden at that time to grant consecutive plots of land to a single owner. The government’s generous gift would have been in return for the financial support lent by these British investors to the genocidal Conquest of the Desert, during which native inhabitants were chased off their land in order to open it up for white settlement. The Argentine Southern Land Company changed hands in 1975 and was ultimately sold to Benetton in 1991.

The law is no protection

The nature of this original transaction came back to haunt Benetton in 2002, when Mapuche descendants Rosa Rua Nahuelquir and Atilio Curiñanco occupied some 500 hectares which the land registry had reported as state-owned, but which turned out to be within Benetton’s Leleque estancia. After more than a decade of wrangling that included violent evictions, a meeting with Luciano Benetton in Rome and a number of judicial setbacks, in November 2014 the state finally recognised the right of the Mapuche family to stay and make full use of the land as provided for by National Law 26,160.

However, while this might seem to be a victory for the Mapuche, the same ruling was not applied when a second plot within Leleque was occupied soon after by the Lof Cushamen. Nor was it applied in the later case of the Lof Lafken Winkul Mapu. Rather than a proper legal enactment, National Law 26,160 is only a temporary patch that stops evictions until further notice for the duration of the “state of emergency” concerning possession and ownership of indigenous lands. When the state of emergency will be declared over is hard to foresee. 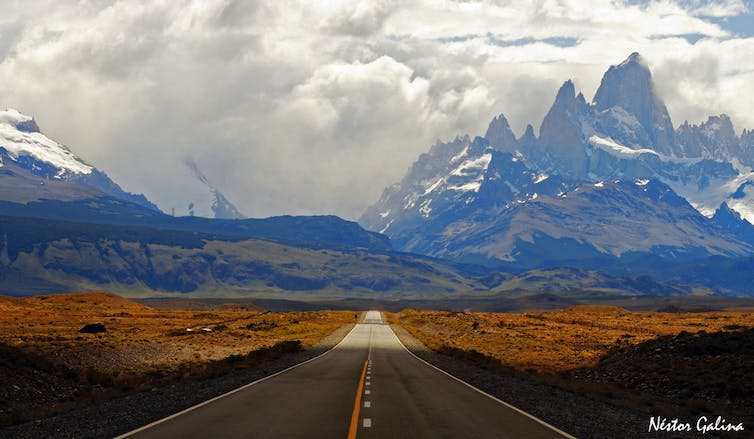 It is estimated that there are more than 955,000 indigenous peoplebelonging to about 40 different groups in Argentina – less than 2.5% of the total population. But a recent DNA study indicated that as many as 56% of Argentines would have indigenous ancestry. This came as a surprise for a country known for consistently rendering indigenous populations invisible.

Though the amendment was introduced in 1994, many Argentinians are still surprised to learn that the National Argentine Constitutionrecognises “the ethnic and cultural pre-existence of Argentine indigenous peoples” – including not only their identity but also “the possession and communal ownership of the land they traditionally occupy”. It also recognises the state’s obligation to ensure these communities participate in the management of their lands and natural resources “and other matters which may affect their interests”.

Indigenous entitlement is also protected by the International Labour Organisation’s Indigenous and Tribal Peoples Convention (No. 169), adopted by Argentina in 1992 and by the United Nations Declaration on the Rights of Indigenous Peoples of 2007.

Argentina, as with other colonial settler states built on the genocide of indigenous peoples, is not the only country in which this legal inconsistency exists. Other nations where territory was appropriated under the doctrine of terra nullius (the claim that the land was owned by no one) have been grappling with these issues for decades. Arguably they have made considerable progress, even if there is still a long way to go.

In comparison, Argentina’s official approach to indigenous matters includes frequent violations of legal protections for indigenous communities where they run up against the interests of extractive industries, such as oil and mining, or agribusiness. More so, there is a fundamental lack of recognition of indigenous rights that goes beyond political circumstances – as the bitter confrontation between the indigenous Qom people and the previous Argentine government under Cristina Kirchner has shown.

The repeatedly refuted but still enduring claim that Mapuches are in fact Chilean and therefore have no right to Argentine lands seems bizarre, considering the protection extended to the many land-owning foreigners such as Benetton, George Soros, Joe Lewis or Ted Turner that own vast tracts of land containing not only natural beauty worthy of a national park but also strategic resources. The current 6% of Argentine lands held in foreign ownership may rise further, given a recent decree removing the previous limit of 15%.

All these recent events speak volumes about how Argentina continues to ignore the consequences of the violence in which it was forged as a nation. Turning a deaf ear to the claims of its indigenous peoples will not help.