"They're resilient whether you're in a drought or whether you are in a flood. They last. And that's the way we feel we are," Sherrod says. "We will last."

The pond is part of a 1,600-acre farm now called Resora, she says, to reflect that resilience and resourcefulness. The property was once a plantation owned by one of Georgia's largest slaveholders.

"To know that many of them worked here on this property and they probably never envisioned a day when black people would have control of this property," Sherrod says. "It went from a bad beginning which was slavery to descendants of slaves.

Sherrod was Georgia state director for Rural Development at the U.S. Department of Agriculture in the Obama administration, but resigned nine years ago in controversy when Breitbart News edited one of her speeches to misconstrue her remarks as racist. She later sued Breitbart and reached an undisclosed settlement.

She is also co-founder of New Communities Land Trust, which was created as a safe haven for African-American farmers during the civil rights movement. These days the pioneering land trust is working to help rural black landowners profit from farming, and serves as a model for solving the nation's affordable housing shortage.

A place to heal

Out on the farm, Sherrod drives to a grove of satsumas, a type of mandarin not quite ready for picking.

"The trees are full of oranges," she says. "They're green right now."

You don't' find many African-American farmers growing satsumas in southwest Georgia Sherrod says. But the land trust is trying to show that it's a profitable crop. Its mission is to find ways for rural farmers to add value to their operations, and find more lucrative markets. 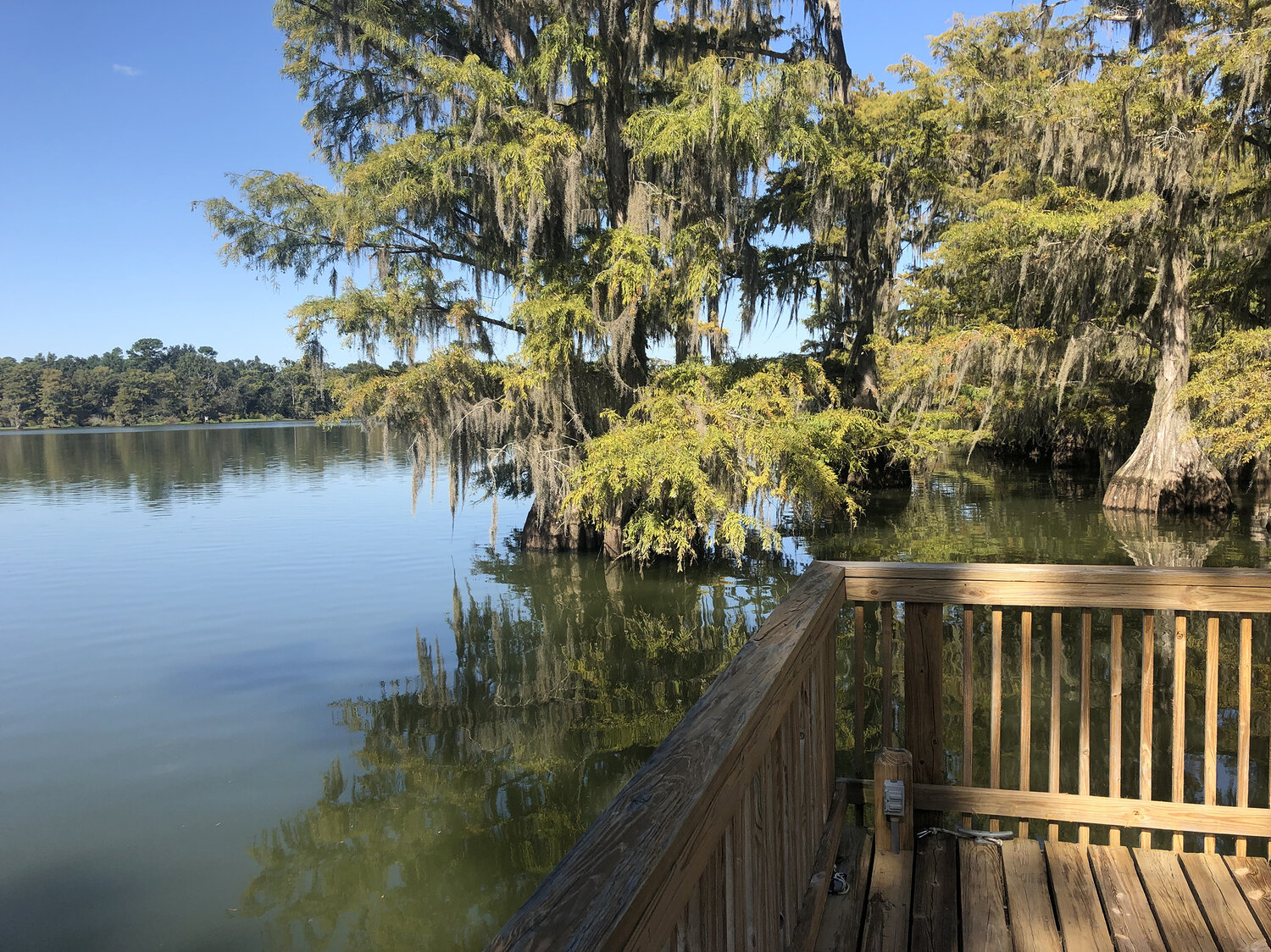 Cypress Pond is a feature on Resora, named to reflect resilience and resourcefulness.

Resora is the modern iteration of a cooperative farm New Communities, first established in the 1960s, when Sherrod and her husband Charles were organizing for the civil rights movement. He was one of the founders of the Student Non-Violent Coordinating Committee (SNCC).

"We would encounter people who were being asked to move off the land owned by white farmers if they participated in the movement or tried to exercise their rights in any way," she says.

They looked for a way to provide jobs and homes for the displaced families. Sherrod says a group of activists went to Israel during the summer of 1968.

The Future Of The Black Farm May Be In The City

"To study at a kibbutz and look at how Israel was resettling its people," Sherrod says. "They came back with that information we started meetings, and in 1969 we created New Communities."

The idea was shared stewardship of the land. The nonprofit trust borrowed money to purchase a nearly 6,000-acre tract where they grew peanuts, corn, soybeans, and vegetable crops. They also raised pigs and built a smokehouse to sell cured meats from a roadside stand to make money.

Sherrod says about 10 families had long-term renewable leases to live in houses on the land, and dozens of others worked there and participated in one of the committees set up to handle the farm, education, health, and industry.

"It really gave me a sense that I can do anything," says Bummi Anderson. She and her twin sister Femi, now 47, grew up as part of New Communities. Their parents ran the onsite print shop.

She says they learned to be self-reliant, using the farm and associated businesses to sustain one another. 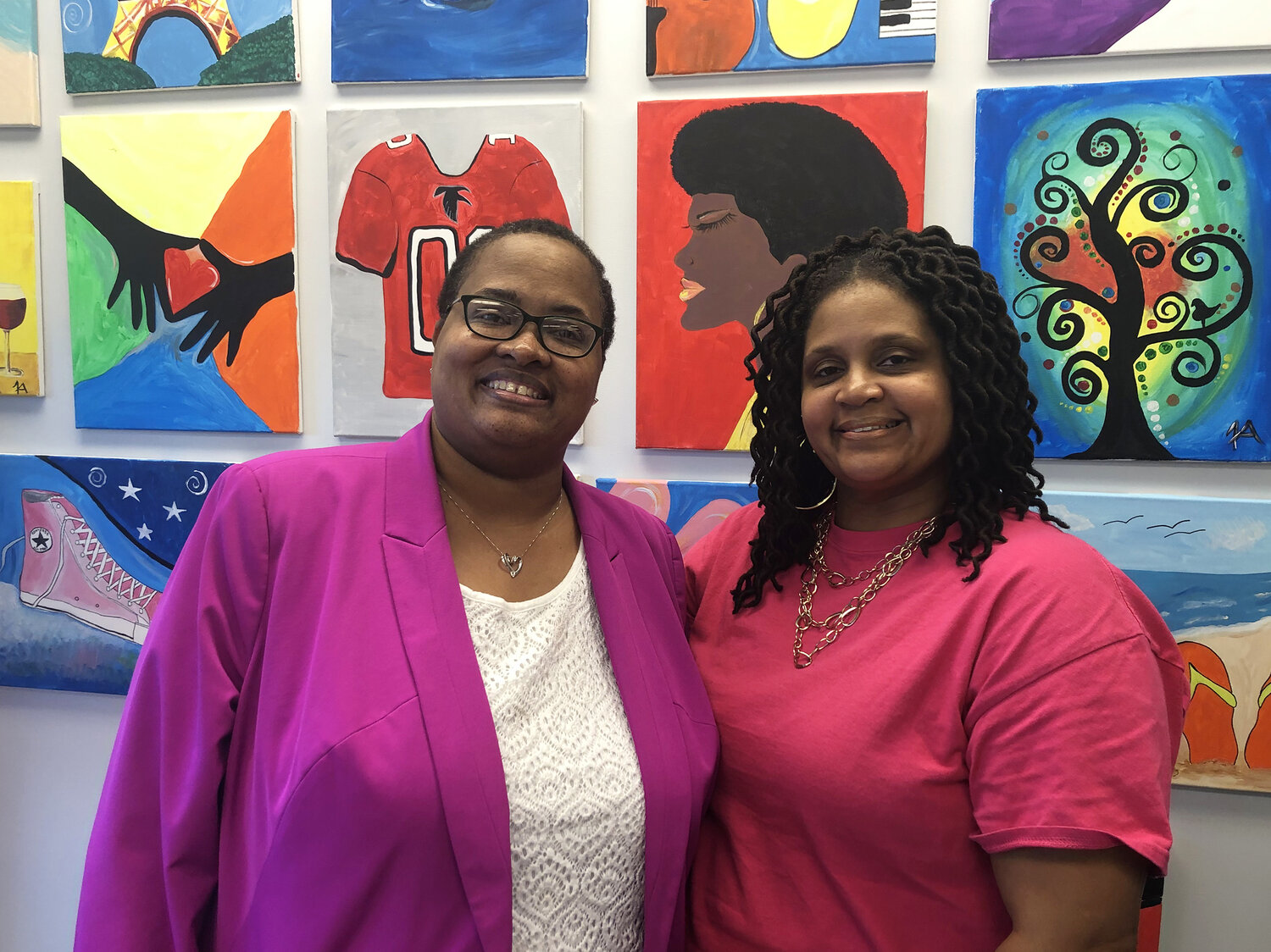 Twin sisters Bummi and Femi Anderson's parents ran the print shop at the New Communities Land Trust in the 1970s.

"It was a group of people coming together really with the same ideals, the same hopes and dreams for their children," Bummi Anderson says. "We were a product of that, and so we grew up having this sense of pride in who we were as African-Americans."

"The one thing I can remember is people having their part in what they had to do," says Femi Anderson. "You had people who farmed the land, you had people who did, you know, administrative stuff .... and I think that's what made it more of a community."

The sisters are both creative entrepreneurs in Albany and remain involved in the land trust. They say having a stake in the land stuck with them.

"You know when you're talking about land for African-Americans, for anybody, land is power," Bummi Anderson says. "Land is equity. Land is wealth."

The legacy of black-owned land

In rural Doles, Ga., Erma Young Wilburn points to a century-old wooden farmhouse that's starting to fall in on itself.

"This is the Battle house," she says. "This is originally the Battle farm."

The house once belonged to J.N. Battle, a former slave known for amassing a large amount of land. 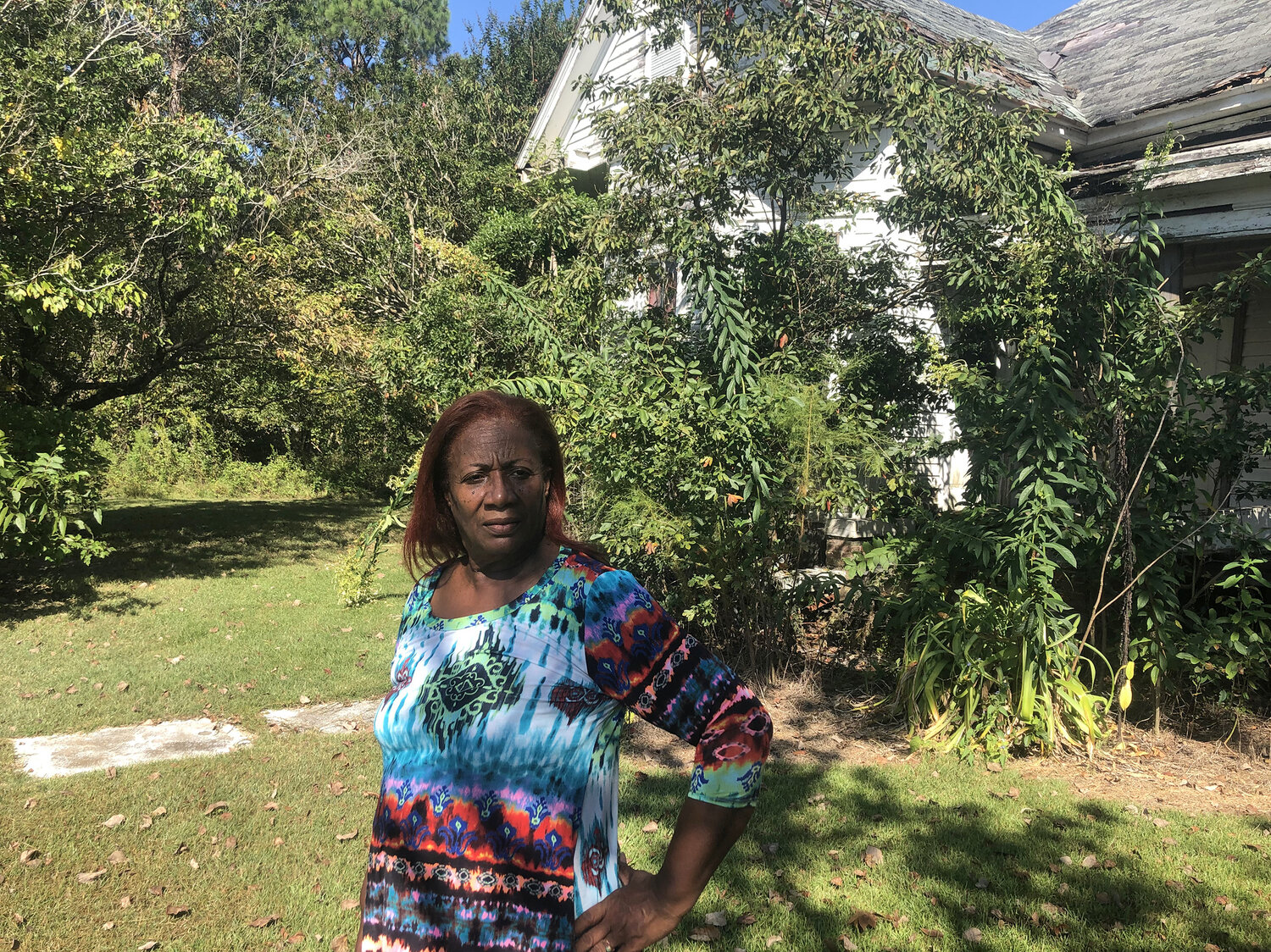 "And this is the last 70 acres of it," Wilburn says. "We are holding on because we want it to continue to be the legacy of a black-owned land."

In 1910, black farmers owned more than 15 million acres of land. In 2017, that number was down to 4 million acres, according to the agricultural census.

The Lawtons are produce farmers, and are getting ready to plant a fall crop of greens.

They are getting technical assistance from the New Communities Land Trust to improve their irrigation system and build a cold storage facility.

She and her former husband were part of the original farm collective 50 years ago.

"It was empowering; it was unifying," she says of her 13 years on the farm.

"My husband and I lived in the middle of a 300-acre pastureland," Wilburn says. My children had go carts and they could just ride for days on that land. There was a sense of freedom and like I said empowerment for people who didn't experience that a lot." 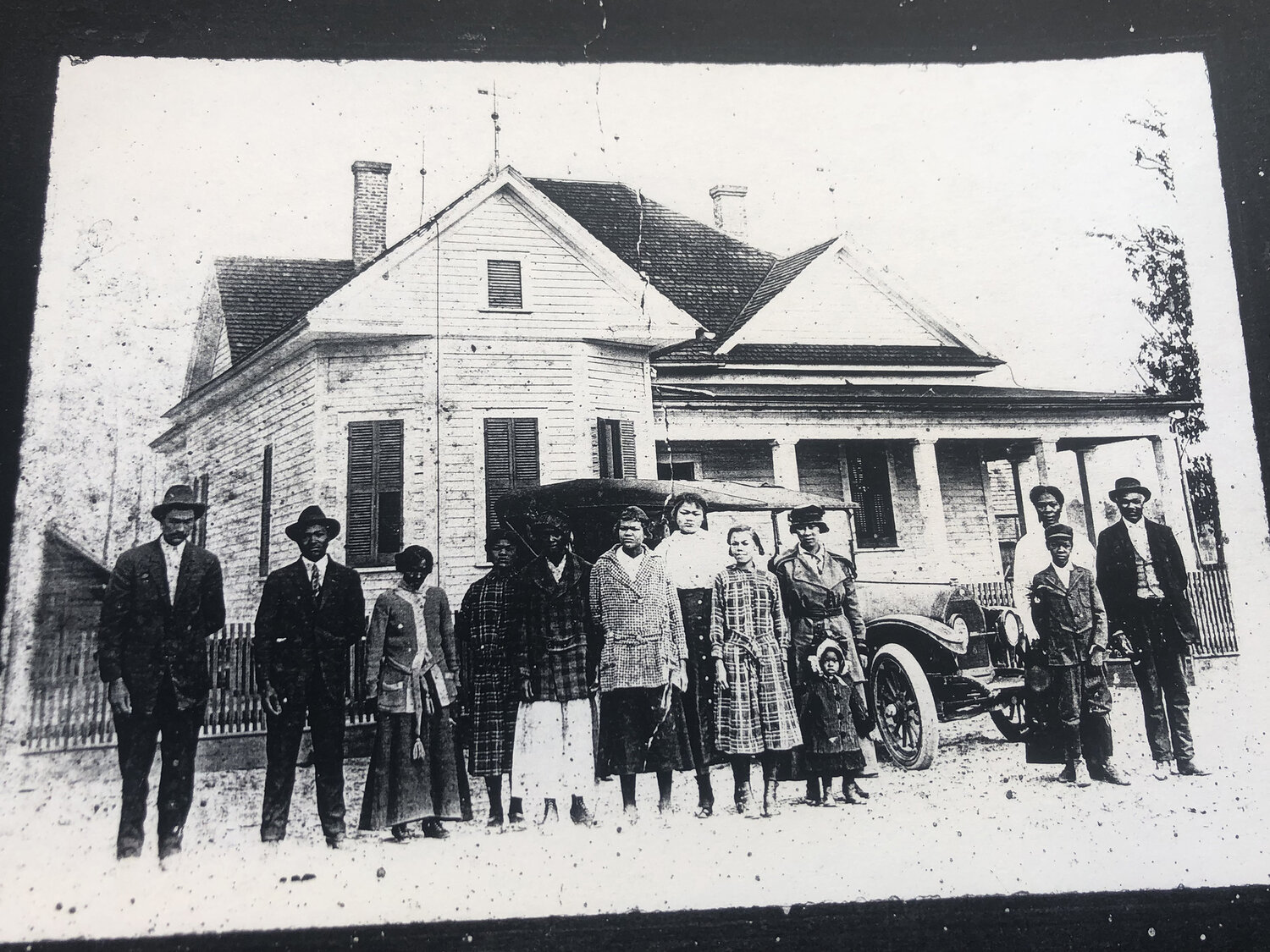 A photograph of the family of J.N. Battle, a former slave known for amassing a large amount of land after the Civil War.

A registered nurse by profession, Lawton says there's an independence in farming, and that's something she thinks New Communities can pass down to new generations.

"Knowing that as black people, the way we survived coming out of slavery was our attachment to the land and knowing how to make that land work for us and produce and protect us from starvation and stuff," she says.

He grew up on the New Communities farm in the 1970s, but now works as a package delivery driver.

"A lot of us have left the farm," Davis says.

He is active on the board for New Communities Land Trust and thinks it can help serve as a bridge to connect new generations to the farm.

The pioneering experience of New Communities 50 years ago has led to more than 225 community land trusts across the country today, many in urban areas.

"That's where you find there's a bit of a movement," says Bob Annibale, global head of community development and inclusive finance at Citibank, which invests in nonprofit land trusts.

"It began rural, but in an urban area today, it might be even more critical," says Annibale. "The issue of affordability in our urban cities is acute."

He says nonprofit land trusts are a way of stabilizing property in an era of skyrocketing housing costs, and declining homeownership for some communities.

"Jointly, there's an opportunity to own homes where going straight out into the open market just may not be possible," Annibale says.

"We were on a roll," says co-founder Shirley Sherrod. "And then we had a drought."

She says after two years of losses, they went to the Farmers Home Administration to seek an emergency loan. 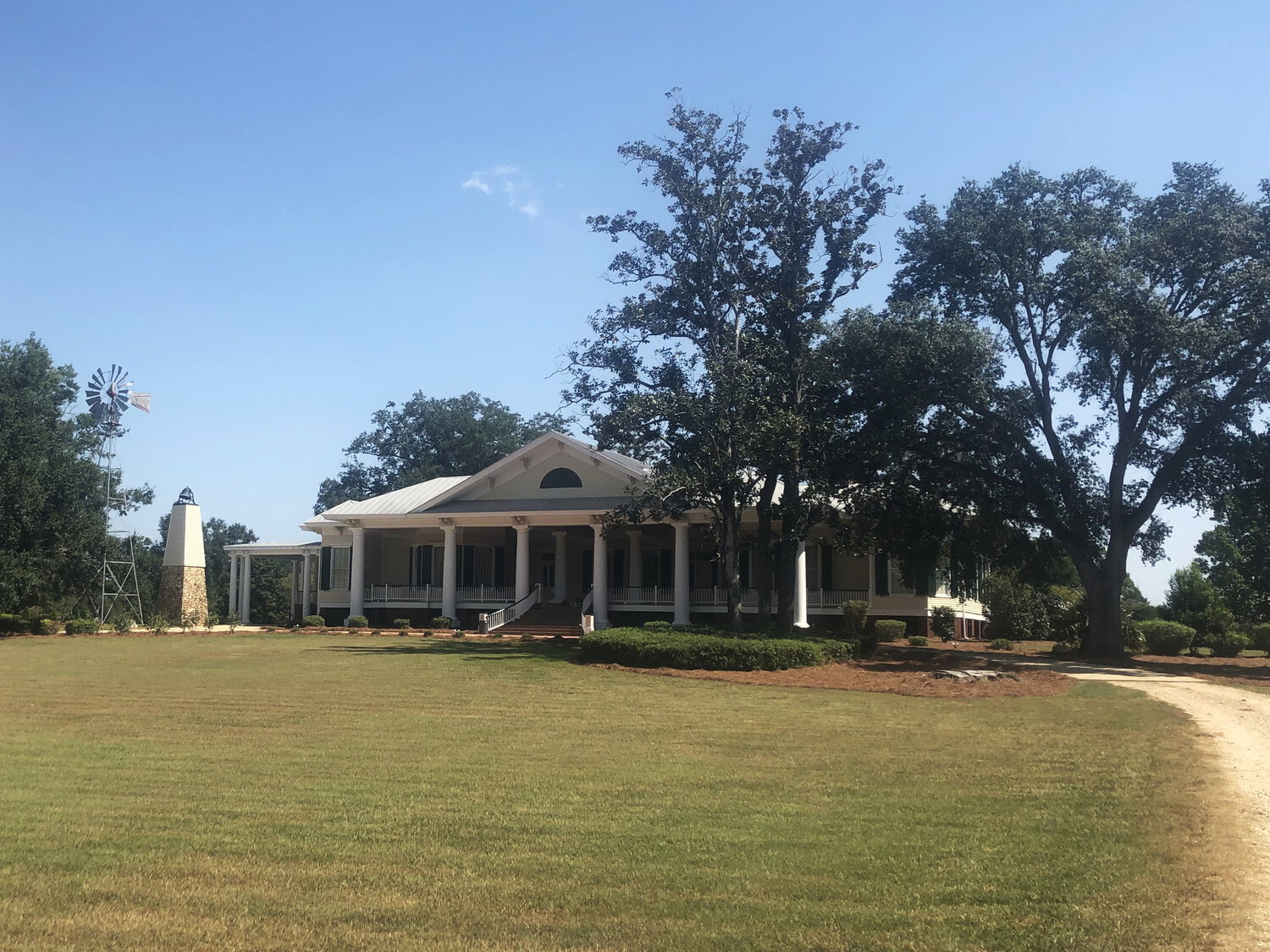 The fully restored antebellum plantation house at Resora is used for retreats and workshops.

"And the county supervisor said you'll get a loan here over my dead body."

They appealed to the Carter administration for help. It came, but too late to avoid foreclosure. They lost the farm in 1985.

But the story didn't end there because decades later the trust won a $12 million settlement in the federal government's deal to compensate black farmers for decades of discrimination by the USDA.

New Communities invested it in the plantation it operates now, with a new mission.

'We were doing farming long before slavery'

Out on the farm Decton Hylton tends to the honeybees.

"This is a new comb that they have just built and they are going to be storing honey inside of these cells," he says pulling the comb from its case. 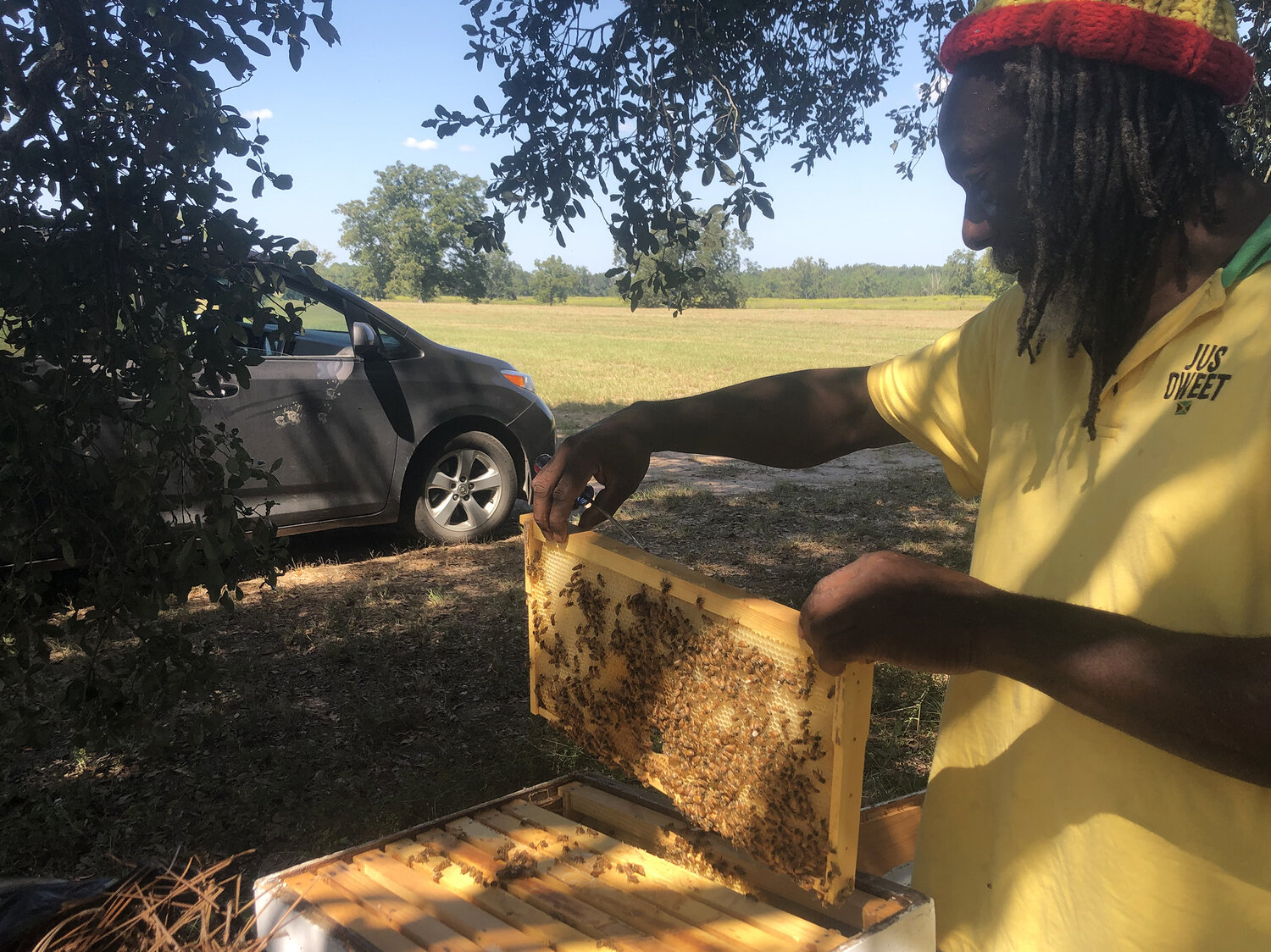 Hylton is an agronomist and serves as a technical adviser to New Communities. A native of Jamaica, he's encouraging farmers in southwest Georgia to take up beekeeping and look for other ways to increase the money-making potential of their property.

"Because they have been learning for a long time that agriculture is in relation to slavery," Hylton says. "I'm showing them no, we were doing farming long before slavery."