Dozens have been protesting for the past three years, demanding army return their land confiscated during the civil war.

Chandraleela Jasinthan was a school teacher in a northern Sri Lankan village when, in the last days of the civil war, the army forced her and her neighbours out of their homes. More than a decade later, their land is still held by the military.

For more than three years, Jasinthan and dozens of other women in Keppapilavu have held one of the longest protests in Sri Lanka's history at the entrance to an army camp they say was built on their ancestral land.

"The men say they have to work, that they are afraid of the army. But for us women, this land is our security, our right - if we do not fight for it, who will?" said Jasinthan, 43.

"We lost everything in the war; why must we also lose the land we have lived on for generations? These are our homes, our livelihoods," she said.

Thousands were killed in Sri Lanka's war - which lasted from 1983 to May 2009 - and tens of thousands were displaced, fleeing violence or forced from their homes in the north and east of the country.

Human rights groups say many of those who left their homes had their properties seized. In Keppapilavu, some 142 hectares (350 acres) of land is still held by the army, according to the People's Alliance for Right to Land.

Former President Maithripala Sirisena had promised to return all private land in the northern and eastern provinces by December 31, 2018. But the deadline was not met, according to land rights groups. 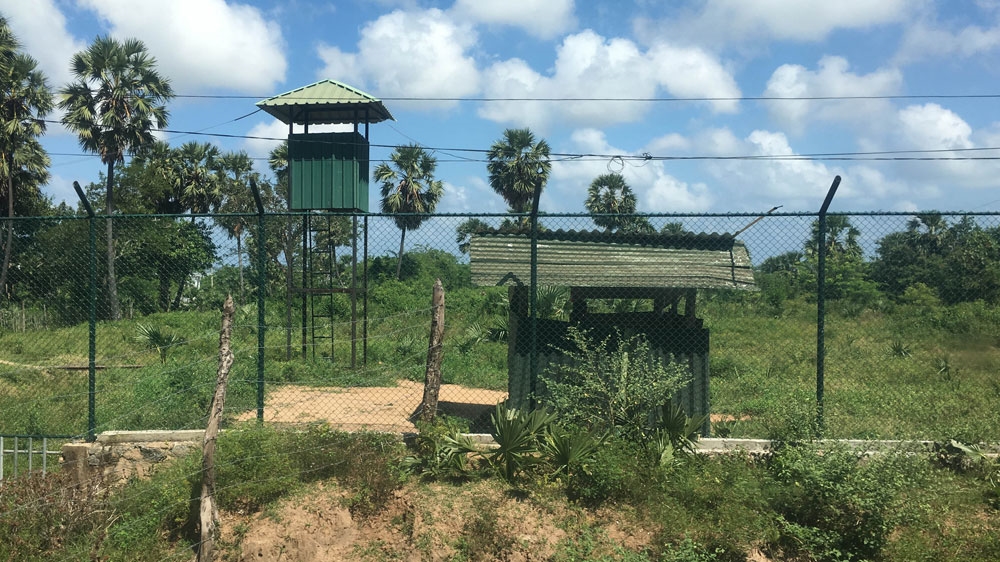 A watchtower in an army camp in Keppapilavu, where more than a decade after war's end, the army still holds land claimed by Sri Lankan Tamils [Rina Chandran/Thomson Reuters Foundation]

Army spokesman Chandana Wickramasinghe said approximately 85 percent of the private land that was held by the armed forces in the north and east  had "already been handed over to the legitimate owners".

The remaining land is of "tactical importance" and is vital for national security, he said.

"Releasing the remaining lands will depend on the situation subsequent to the accessing of security parameters ... a timeline is not a matter that can be discussed at present," he told the Thomson Reuters Foundation in emailed comments.

Chellamma Singharatnam, a spry 87-year-old who fled her home in Puthukkudiyiruppu, northeastern Sri Lanka, as the army advanced in May 2009, had to resort to a hunger strike to get her home back. 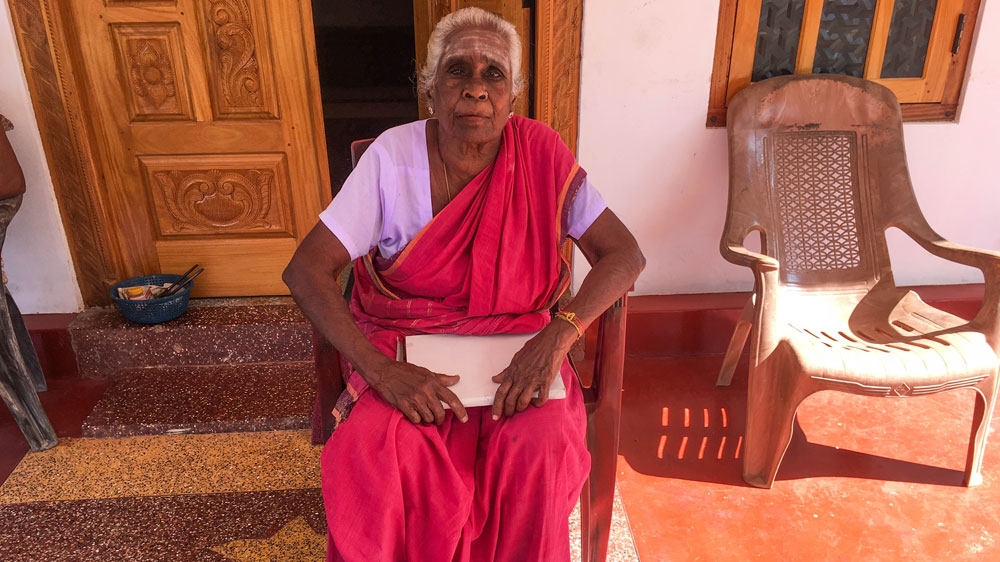 Chellamma Singharatnam sits outside her home in northern Sri Lanka that was taken by the army during the decades-long war, returned to her after she staged a hunger strike [Rina Chandran/Thomson Reuters Foundation]

When she and her family returned after nearly three years in displacement camps, they learned that the army had taken over both her house and her daughter's home.

After several petitions, Singharatnam went on a hunger strike outside the district secretariat office. Other women from the village joined her, and the strike lasted a month.

In the end, the army agreed to return the homes, although they had been badly damaged, she said.

"There was trash everywhere, the furniture was broken, even the doors and windows were gone," she said.

"We had to borrow money, and only managed to repair one house so far. We had no assistance, and don't know when we can fix the other house," she said, sitting outside her home.

Dysfunctional legal systems, corruption, lack of transparency and accountability, and the loss of land records make it difficult to resolve land disputes during and after a war, according to researchers.

The Tamil ethnic minority in Sri Lanka's north and the east were uprooted several times during and after the conflict that raged between the separatist forces of the Liberation Tigers of Tamil Eelam (LTTE) and the Sri Lankan army.

The army used confiscated land to set up camps and high-security zones, thwarting the return of those who fled.

Even where land was released, there was inadequate assistance for land clearance and livelihood aid, Human Rights Watch said in a 2018 report.

Some land is also being used for commercial purposes, including agriculture and tourism, it said.

Wickramasinghe said lands held by the army are "fully utilised for welfare purposes and recuperation purposes".

During the war, tens of thousands of Sri Lankan Tamils sought refuge in neighbouring India, particularly in the southern state of Tamil Nadu.

Several thousand refugees have also returned on their own, but 100,000 Sri Lankan Tamils remain in India, many in camps.

More than two-thirds of returning refugees are landless, according to human rights groups. About 30,000 people are still considered internally displaced; many have lost their homes and land.

Restitution of land is critical to peace-building as it recognises violations and ensures the restoration of rights, including freedom of movement and an adequate standard of living, according to the Centre for Policy Alternatives (CPA), a think-tank in Colombo.

"In the Sri Lankan context, land is a critical aspect of one's identity and belonging," said Bhavani Fonseka, head of research and advocacy at CPA. 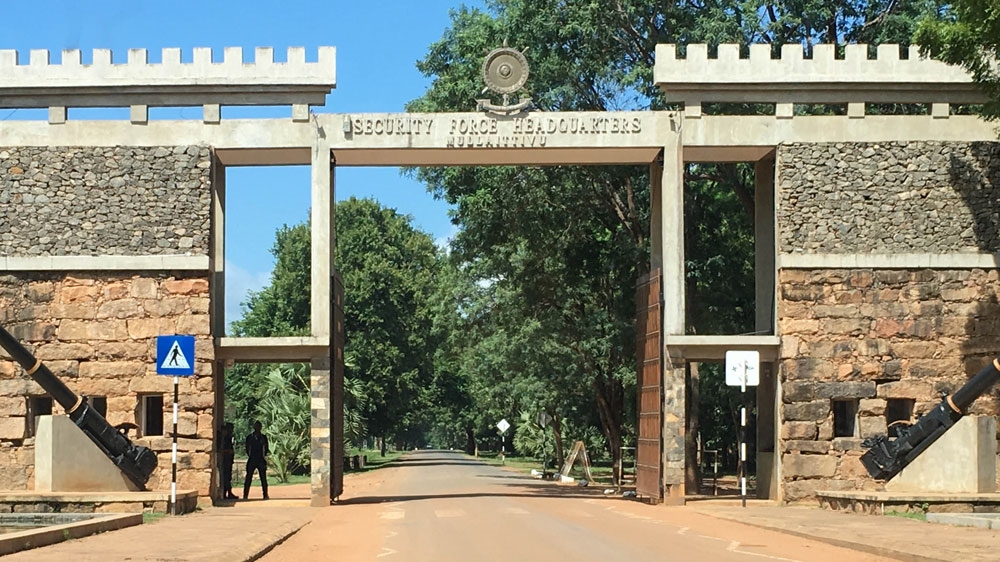 "Reparations - including the restitution of land - if implemented correctly, can contribute to long-term peace-building efforts and prevent further marginalisation of war-affected communities," she said.

Sri Lankan authorities promised returning refugees a small plot of land, but it can be a long wait.

Taking matters into their own hands

Last year, about 100 former residents of the northern island of Iranaitivu boarded more than 24 boats from the mainland, returned to their island, and occupied it peacefully.

They had been uprooted in 1992 by the army, lived on the mainland for years, only able to return to their island to fish and harvest coconuts.

They had hoped to return to their homes in 2009 after the war ended, but the Sri Lankan Navy said the island was of strategic importance and barred them from returning.

After numerous petitions, women - particularly widows who had struggled to make a living without access to the island - staged a year-long protest from 2018, demanding the return of their land.

The local Catholic church supported the residents' return last year, and the Navy conceded, retaining a small portion of land for its use.

More than 100 former residents now live on the island and are campaigning to get the Navy off the island entirely, said Maria Jeyaseelan, one of the protest leaders.

"We are once again able to farm and fish and earn a living, even if we are not living as well as before," she said. "But our wish is to get back all our land."

For Jasinthan and the other women protesting for the return of their ancestral land in Keppapilavu, women like Jeyaseelan and Singharatnam give them hope.

Jasinthan has been summoned to court several times - including the day after her husband died - because of the protests. She said she has received threats, and has installed security cameras at her home and acquired a pair of guard dogs.

"As a widow, it is harder to go against the army. But this land is all we have, so we are going to continue to protest till we get it back," she said.