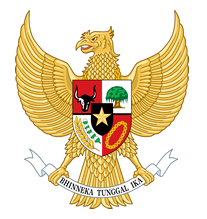 The Dutch began to colonize Indonesia in the early 17th century; Japan occupied the islands from 1942 to 1945. Indonesia declared its independence shortly before Japan's surrender, but it required four years of sometimes brutal fighting, intermittent negotiations, and UN mediation before the Netherlands agreed to transfer sovereignty in 1949. A period of sometimes unruly parliamentary democracy ended in 1957 when President SOEKARNO declared martial law and instituted "Guided Democracy." After an abortive coup in 1965 by alleged communist sympathizers, SOEKARNO was gradually eased from power. From 1967 until 1988, President SUHARTO ruled Indonesia with his "New Order" government. After rioting toppled SUHARTO in 1998, free and fair legislative elections took place in 1999. Indonesia is now the world's third most populous democracy, the world's largest archipelagic state, and the world's largest Muslim-majority nation. Current issues include: alleviating poverty, improving education, preventing terrorism, consolidating democracy after four decades of authoritarianism, implementing economic and financial reforms, stemming corruption, reforming the criminal justice system, holding the military and police accountable for human rights violations, addressing climate change, and controlling infectious diseases, particularly those of global and regional importance. In 2005, Indonesia reached a historic peace agreement with armed separatists in Aceh, which led to democratic elections in Aceh in December 2006. Indonesia continues to face low intensity armed resistance in Papua by the separatist Free Papua Movement.

Indonesia is a presidential republic.

The fourth paragraph of the Preamble of the 1945 Constitution of the Republic of Indonesia (hereinafter referred to as the 1945 Constitution) has very clearly stated the aim of the establishment of the Unitary State of Republic of Indonesia (NKRI) is "to protect all the people of Indonesia and all the independence and the land that has been struggled for, and to improve public welfare, to educate the life of the people and to participate toward the establishment of a world order based on freedom, perpetual peace and social justice ".

"The national land law acknowledges and upholds the public rights to land and objects related to land, and confers the public powers on the state through powers to make regulation, make policy, manage, and exercise and make supervision as stated in the fundamentals of the Acquisition of Land"