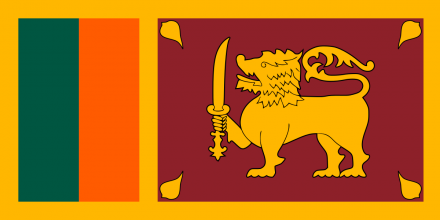 The programme intended to improve the incomes and the living conditions of poor women and poor men among 80,000 households in the dry provinces Ha Tinh and Quang Binh by giving support to rain-fed upland agricultural and livestock development through farmer field schools; small-scale irrigation rehabilitation; marketing and enterprise development; microfinance and income-generating activities; community infrastructure development and programme management.

The project aims to increase resilience and strengthen the natural resource and economic asset base for poor rural women and men by helping smallholder tea producers increase their yields through replantation and therefore providing a source of income through new rubber plantations. The programme works with 35,000 existing tea smallholders and 15, 000 poor households involved in rubber production and processing.

The programme aims to improve the livelihoods of 8,700 marginalized smallholder tea producers households of Hadabima and Mahaweli resettlements in the intermediate zone of Moneragala willing to take up rubber. It intends to improve the productivity of the old tea plantation lands and new rubber-based cultivations by improving access rights to the land under out-grower schemes, and by supporting diversification and development of out-grower systems for tea and rubber.

These Regulations establish the basis for assessing the market value of any land or the compensation for any injurious affection caused by the acquisition of land. Market Value should be assessed as follows: in case part of a land is acquired and when its value as a separate entity deems to realize a value proportionately lower than the Market Value of the main land the compensation should be proportionate to the value of the main land.

By virtue of the powers vested by Section 51 of the Agrarian Development Act No. 46 of 2000, I, M. A. S. Weerasinghe, Commissioner General of Agrarain Development determine that the area of the Authority of Agrarian Service Committee 9/4 Ambalanthota in the Ambalanthota Divisional Secretary's Division and Agrarian Service Committee 9/15 Meegahajandura in the Suriyawewa Divisional Secretary's Division in the Electorate Thissamaharama in Hambanthota District published in the Gazette (Extraordinary) No.

This Order, by virtue of the powers vested in Section 2 of the Urban Development Projects (Special Provisions) Act, No. 2 of 1980 establishes that the land specified in the schedule urgently requires an Urban Development Project. One allotment of land depicted as Lot No. A in Plan No. 748 dated 31.08.2003 prepared by A J B Wijayakoon, Licensed Surveyor and Leveller containing in extent of 0A – 3R – 5.25P situated at Aluthkade in Ward No.

This Order, by virtue of the powers vested in Section 2 of the Urban Development Projects (Special Provisions) Act, No. 2 of 1980. I, Mahinda Rajapaksa, President of Democratic Socialist Republic of Sri Lanka and the Minister-in-charge of Defence and Urban Development, establish that the land specified in the schedule urgently requires an Urban Development Project. The Land bearing Asst. Nos. 106 & 106A and depicted as Lot No. 2 in Plan No. 2775 dated 27.01.2006 prepared by D. D. C.