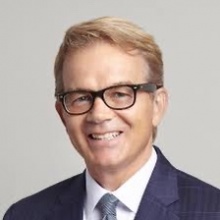 Tim Hanstad leads the Chandler Foundation as the Chief Executive Officer. Prior to joining the foundation, Tim co-founded and was the long-time CEO of Landesa, the world’s leading land-rights organization. Tim led its growth from a two-person team to a leading global NGO with more than 20 offices around the world. He launched Landesa’s programs in China, the former Soviet Union, and India, where he lived for five years.

Tim has been recognized with a Skoll Social Entrepreneur Award and a World Economic Forum Outstanding Social Entrepreneur. He has authored numerous books and articles on economic and social development, appearing in the New York Times, Wall Street Journal, Washington Post, Financial Times, and Stanford Social Innovation Review. He holds two law degrees from the University of Washington and a bachelor’s degree in history and political science from Seattle Pacific University where he was honored as the 2017 Alumni of the Year, and has completed certificate programs at Harvard Business School and Harvard’s Kennedy School of Government.

The day I first met Dr. Tajamul Haque, I did not realize I was meeting the man who would change the trajectory of tens of millions of lives across India – and my own.

In countries where accurate, accessible land records are not maintained, it is the marginalized and vulnerable who are the worst affected by corruption and covert land grabs. But the ongoing revolution in information and communications technology provides unprecedented opportunities to digitize land records and open them to all.

In recent months, supreme courts from India to Nigeria and Zimbabwe have issued historic opinions recognizing and

In my experience living and working on land rights, I have identified eight land-related topics that need to be prioritized and urgently addressed in India. These must be addressed no only by government at both the national and especially the state level, but also by civil society, researchers, and donors.

I have been working on issues of land rights for more than 31 years in more than 22 countries, but no country has captured my attention, focus and heart more than India.

The recent series of devastating hurricanes in the Caribbean has reminded the world, once again, that natural disasters are not equal-opportunity destroyers. The economically marginalized and those lacking secure land and property rights are often disproportionately affected for at least three reasons:

A relatively obscure and technical determination earlier this week by a relatively little-known international body could mean a sea change in economic and social empowerment prospects for hundreds of millions of women and their families.  Insecure rights to land constrain opportunity for over 2 billion people living in urban and rural informality.  And women fare the worst.