Protesters seek land rights under Forest Rights Act, roll back of decision to give land to corporations for farming

The alleged incident took place in Satyagrah Chhavni in Gandhinagar where members of Jamin Adhikar Jumbesh were staging a five-day protest, demanding land rights, under Forest Rights Act (FRA), and against the state government’s decision to give land to corporations for farming.

“The government is planning to give 45 lakh hectares (ha) of cultivable wasteland to corporations for farming. It has not gone back on the provision of the Land Ceiling Act, 1961, that talked about giving land to the landless people from the Dalit community for farming,” Jayanti Makadiya, president of the Gujarat Dalit Sangathan, said. He further alleged that despite repeated petitions and judicial orders, the government has not implemented that Act properly.

The land rights protest by the Jamin Adhikar Andolan has been going on since December 2017 when 1.25 lakh claims for land were sent to the state administration. This was followed by a dharna in 73 blocks on May 5, 2018. It further escalated in to another dharna in front of five district administration offices in October 2018.

“This time we decided to hold a rally for the five days that the Legislative assembly was in session,” Gova Rathod, convener of the Jamin Adhikar Jumbesh, who is one of the detainees, said.

The demands of the Jamin Adhikar Andolan include proper implementation of the Scheduled Tribes and Other Traditional Forest Dwellers (Recognition of Forest Rights) Act, 2006 (FRA). 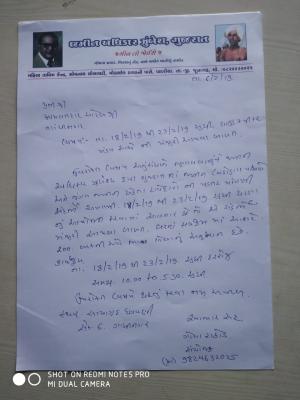 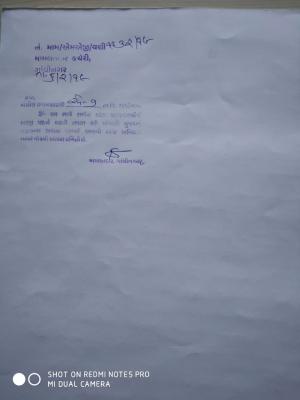 According to the Monthly Progress Report, August 2018, on the implementation of FRA by the Ministry of Tribal Affairs, only around 46 per cent of the claims filed between 2008 and 2018 were approved. Moreover, title deeds for only 45 per cent of all FRA claims approved have been disbursed by the state till August 31, 2018.

Gandhinagar Superintendent of Police Mayur Chavda denied having any information on the issue.