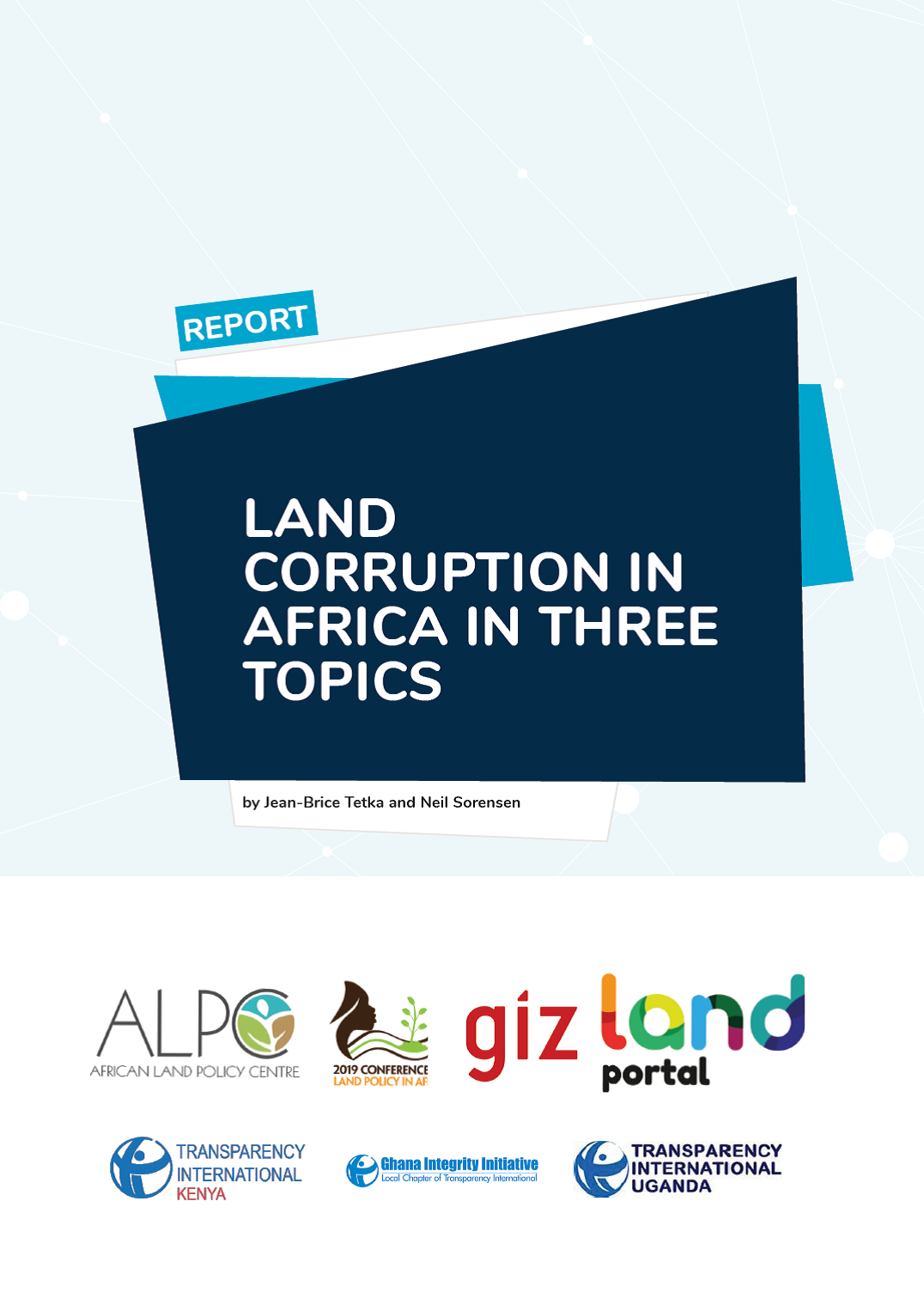 From July 17 to August 7, 2019, the Land Portal Foundation, the African Land Policy Center, GIZ and Transparency International Chapters in Ghana, Kenya and Uganda co-facilitated the dialogue Land Corruption in Africa addressing the role of traditional leaders in customary land administration, forced evictions as a form of land corruption and its Impact on women’s land rights and an analysis of alternative dispute resolution systems in addressing land corruption.

Corruption in land governance is the abuse of entrusted power for private gain while carrying out the functions of land administration and land management. When land investors target countries with weak governance, the risk of corruption is high. Likewise, corruption is more likely to occur when local elites are able to manipulate their country’s land governance systems for their own benefit. Whether it’s an opaque deal between private investors and local authorities, citizens having to pay bribes during land administration processes, unaccountable urban planning, or customary laws that deny women their land rights, land corruption hits poor and marginalised men and women hardest. In Africa, almost every second client of land administration services has been affected.

The effects of land corruption include insecure tenure, food insecurity, a barrier to socio-economic development, an increased risk of conflict, and a threat to traditional ways of life. In many countries, the continued presence of land corruption exacts a toll on national economies and stands in the way of achieving many of the Sustainable Development Goals.