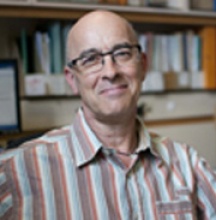 Dr Quan has served with the Natural Resources Institute for over twenty years, becoming a member of staff of the University of Greenwich when the Institute joined the University in 1996. During this time he has worked as a development researcher and practitioner, undertaking a wide range of consultancy and applied research assignments for a variety of international clients, including the African Union, DFID, the European Union, FAO, IIED, SIDA, UNDP, UN Habitat, the World Bank and a number of developing country governments. From 1998 – 2003 whilst with the University, Dr Quan was commissioned to work as a Land Tenure and Policy Adviser with DFID (the UK Department for International Development). His previous postings have been with South Bank University's Local Economic Policy Unit, the Food Studies Group at Queen Elizabeth House, University of Oxford (seconded to UNICEF and the Mozambican Government) and with Oxfam, in addition to periods and working in community and housing development work and teaching in Further and Adult Education in inner London.

Dr Quan's work has focused on: land tenure, land rights and land policy; rural territorial development; rural institutions, policy and governance; local economic development; climate change adaptation and mitigation; rural livelihoods, community based natural resource management, development of smallholder agriculture, and rural extension in developing countries, particularly in sub-Saharan Africa and also in Latin America. Dr Quan is a specialist in lusophone countries, speaking fluent Portuguese and working extensively in Mozambique and Brazil. He takes an interdisciplinary perspective in development studies, drawing on perspectives and approaches in sociology, anthropology, geography and political science. He has collaborated extensively with leading researchers in these fields, including Camilla Toulmin and Lorenzo Cotula (IIED), Klaus Deininger (World Bank lead economist), Julio Berdegué (RIMISP, Chile) and Arilson Favareto (a leading Brazilian rural sociologist at UFABC, Sao Paulo), in addition to collaborating with researchers from the Institute of Development Studies at the University of Sussex and from the Programme for Land and Agrarian Studies at the University of Western Cape, South Africa.

The C2P project aimed to support  the operationalization of private sector commitments to addressing land rights by working closely with  a leading private sector company, Illovo Sugar, to apply VGGT principles to company practice, including  and piloting the application of VGGT-based Analytical Framework for Due Diligence of Agricultural Land-based Investments in sub-Saharan Africa (AFDD) in three countries, Malawi, Mozambique and Tanzania.